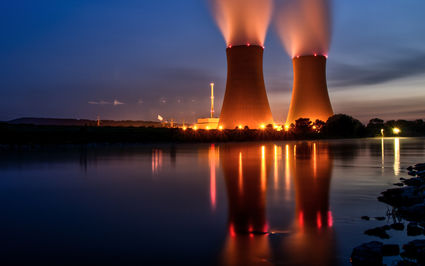 Zirconium and hafnium are both used for fuel rods in nuclear reactors, though for opposite purposes.

Zirconium and hafnium are closely related elements that share bonds that tie them together in nature, an affinity that carries over into their industrial applications.

"Zirconium and hafnium are metals that are used in the chemical and nuclear-reactor industries in applications for which corrosion resistance, structural stability at high temperatures, and specific alloying properties and (or) specific neutron-absorption characteristics are required," the United States Geological Survey wrote in a 2017 publication on critical minerals.

The main ore mineral for both of these corrosion- and heat-resistant metals is zircon, which typically contains about 50 times more zirconium than hafnium.

"The main ore deposits worldwide are heavy-mineral sands produced by the weathering and erosion of preexisting rocks and the concentration of zircon and other economically important heavy minerals, such as ilmenite and rutile (for titanium), chromite (for chromium), and monazite (for rare earth elements) in sedimentary systems, particularly in coastal environments," the USGS wrote.

A long stretch along the northeast coast of the Gulf of Alaska has an abundance of these heavy mineral sands rich in zircon and other critical, precious and industrial minerals and metals.

With a melting point of 2,550 degrees Celsius (4,622 degrees Fahrenheit), heat resistance is one of the most important applications for zircon, a mineral that contains both zirconium and hafnium.

"Thus, zircon is used for facings on foundry molds, and milled or ground zircon is used in refractory paints for coating the surfaces of molds," the USGS inked in its critical minerals report. "Zircon bricks and blocks are used in furnaces and hearths for containing molten metals, and glass tank furnaces use fused-cast and bonded alumina-zirconia-silica-based refractory metal."

This heat resistance, coupled with excellent wear qualities, makes zircon an abrasive of choice for heavy grinding and sanding in metal working shops.

A small amount of zircon is also used to make cubic zirconia, a cubic crystalline form of zirconium dioxide that resembles diamonds.

The process to separate zircon into zirconium and hafnium is complicated but each metal has attributes that make the process worth it.

Because of zirconium's excellent resistance to corrosion, it is often used as an alloy in metals used in harsh environments.

One such environment is nuclear fuel rods, which also takes advantage of zirconium's resistance to absorbing neutrons. Alloys that are typically more than 95 percent zirconium, with enough other metals mixed in to provide the necessary mechanical properties, are used to encase these radioactive rods in nuclear reactors.

Hafnium is also used in nuclear reactors but for the completely opposite reason – this critical metal is an excellent absorber of neutrons. For this reason, hafnium is put in the fuel rods themselves to absorb excess neutrons and prevent a chain reaction that would cause an explosion.

While on opposite ends of the spectrum when it comes to neutron absorption, hafnium shares zirconium's high resistance to heat. At 3,900 degrees Celsius (7,052 degrees Fahrenheit) hafnium carbide, a hafnium-carbon compound, has the highest melting point of any two combined elements.

This high resistance to heat is why hafnium alloys are used in rocket engines. One such example is a niobium-hafnium-titanium alloy used on the main thrusters of the Apollo Lunar Modules that first put a man on the moon.

Intel, IBM and others use hafnium-based compounds as insulators in the computer circuit boards they manufacture.

Though America is a net exporter of zircon ores and concentrates, USGS considers both hafnium and zirconium critical metals.

This is because the geological survey foresees a scenario where limited supply coupled with increased demand could cause an imbalance that would put zircon in short supply.

"Although new zircon mines were brought online in recent years, the global financial situation led to decreased production and delayed the development of several mining projects. Thus, constricted supply together with the projected increase in demand could create a scarcity of zircon in the future," USGS wrote in a 2017 critical minerals report.

Alaska Metal Health Trust, which was granted 1 million acres of land to earn money to provide mental health care in the state, is exploring beach sands along the Gulf of Alaska coast that could relieve future zircon scarcity.

Located about 75 miles northwest of Yakutat, this potential source of critical metals, industrial minerals and gold is known as the Icy Cape Gold and Industrial Heavy Minerals project.

In 1995, the U.S. Bureau of Mines found the Yakataga beach sands contained ilmenite and rutile, both titanium minerals; and zircon, another mineral considered critical to the United States.

In a report on this investigation, the Bureau of Mines estimated that Yakataga hosted some 68 to 120 million metric tons of sand averaging around 0.03 percent (about 20,000 to 36,000 metric tons) of zircon, along with titanium and other industrial mineral.

In recent years, Alaska Mental Health Trust's land office have also been working to quantify the appreciable amounts of garnets, platinum and gold that also enrich this roughly 30-mile-long stretch of marine placer deposits that are mostly inland from the beach.

This could provide an economically interesting mix of metals and minerals, three of which are on the current list of 35 minerals the USGS deemed critical to the United States.

In addition to investigating the heavy mineral sands on the now Icy Bay property, the Bureau of Mines also found interesting quantities of zircon and titanium minerals in the immediate area of Yakutat and at Mount Fairweather, another stretch of beach just southeast of town. 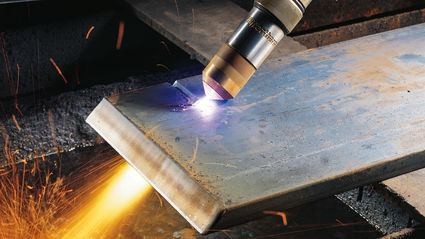 In total, the Bureau of Mines calculated that Icy Bay, Yakutat and Mount Fairweather host 450 million to 500 million metric tons of sand containing 0.5 to 3 percent valuable heavy minerals. This estimate does not include the garnets, platinum or gold also found there.

In addition to marine placers such as Icy Cape, zirconium-hafnium minerals are also commonly associated with rare earths deposits.

Ucore Rare Metals Inc.'s Bokan Mountain at the southern end of the Southeast Alaska Panhandle is one REE project known to host zirconium and hafnium.