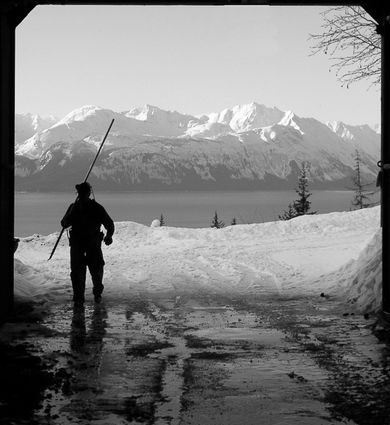 PWC Canada sees light at the end of the tunnel for junior miners. The financial advisor, however, is reluctant to call the uptrend in 2016 a recovery and cautions juniors to remain vigilant in the strategies that helped them survive the long bear market.

While junior miners have not fully healed from the wounds inflicted by the brutal bear market of the recent past, the Canadian branch of PricewaterhouseCoopers sees improved vital signs for the sector.

"It's too early to call it a recovery, but there might be light at the end of the tunnel for the Canadian junior mining sector" PWC wrote in "Signs of Life", its 2016 junior mine report.

One such promising sign is that the market cap of top 100 junior mining companies on the TSX Venture Exchange hit C$11.4 billion by mid-2016, a 138 percent increase over the C$4.8 billion a year earlier.

Of the top 100 mining juniors listed on the TSX Ventures exchange, 63 are exploration companies, 25 are in development and 12 have producing mines.

The exploration companies, which were battered the hardest by the bear market, have enjoyed the biggest gains in 2016. Collectively, the market valuation of these 63 companies rose 154 percent, from C$2.6 billion in mid-2015 to C$6.6 billion at the end of June.

"The gold rally in the last six months has definitely changed things for the juniors," Banting said.

This is especially true for companies seeking gold, either as a primary or secondary metal.

Of the top 100 TSX Venture Exchange listed mining companies, PWC Canada identified 72 with at least some gold exposure, compared to only 59 last year.

Energy and specialty minerals companies were also well represented among the top 100. In fact, NexGen Energy Ltd., exploring for uranium in northern Saskatchewan, was the top junior mining company on the list. A number of lithium companies, including Nemaska Lithium Inc. at No. 8 and Lithium X Energy Corp. at 33, also had strong showings. Ucore Rare Metals Inc., which is advancing the Bokan Mountain rare earth element project in Southeast Alaska, is 27 on the list.

The gold run early in 2016 also bolstered investor sentiment and loosened capital available to juniors, many of which were making the most of very limited funds.

The top 100 companies raised a combined C$1.2 billion through financings in the year ending June 30. Most of those funds, C$763 million, were raised through equity financings.

In addition to companies with some gold exposure, markets appear to favor juniors with a strong management team that has demonstrated the wherewithal and dexterity to survive the nearly five-year bear market.

"Those junior miners that got creative in the downturn; that really demonstrated resilience, those are the ones that are still with us today," Banter

While this resilience is being rewarded with fresh investments, markets harbor some trepidation about how the influx of money will be absorbed, given the creativity required by many to outlast the prolonged equity drought.

"Many made significant cuts to survive the downturn and the long-term effects of that belt tightening remain unclear. The market is now watching to see when and how these companies will begin to spend money again," according to the PWC report.

Though equity capital has loosened and the outlook for junior miners is looking brighter, PWC analysts warn companies not to let their guards down.

In the short term, Fitzgerald advises these companies to focus on the fundamentals of pursuing the right projects; securing the funds needed to take advantage of opportunities as they arise; and be confident about their timing.

For the longer haul, the PWC advisor cautions mining companies to be ready "for a new economic reality defined by low commodity prices."

To be prepared for such a reality, he suggests mining executives should consider innovative technology, community engagement, talent, portfolio diversity and partnership strategies.

Most of all, the report cautions that the improved vital signs does not mean the junior mining sector should ease up on the regiment of creativity and resilience that ensured their survival thus far.

"While the outlook is positive, it's too early to call it a recovery,"