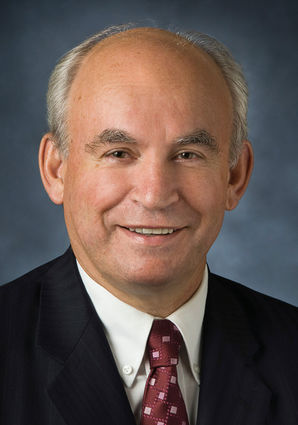 But it's no secret that the past few years have been tough for the mineral exploration and mining industry, not only in B.C. or Canada, but across the world. The recent global downturn has put operations at a number of British Columbia mines at risk, with some being forced to reduce production and employee levels.

However, even in today's challenging context, B.C.'s mineral exploration and mining industry continues to prove its resilience. Mineral exploration has grown exponentially since 2001, and our province saw $272 million spent on mineral exploration in 2015, more than 11 times higher than the amount spent in 2001. Also in 2015, B.C. accounted for approximately 19 percent of all exploration spending in Canada; in 2001 that figure was less than six percent.

B.C. recognizes the importance of having access to public geoscience, which encourages oil, gas and mineral development, and we're the only province in Canada that uses an industry-led, non-profit society that works in partnership with industry, academia, government, First Nations and communities – Geoscience BC – to assist in the delivery of public geoscience. Thanks to the work of the British Columbia Geological Survey and Geoscience BC, our province saw 39,531 mineral and placer exploration claims comprising more than 8.55 million hectares (21.14 million acres) in 2015.

Not only does B.C. continue to see consistently high investment in exploration, but we have a number of permits being processed in preparation for the future turnaround in commodity prices. Currently, our province has more than 20 projects moving through the environmental assessment and permitting processes, not to mention several other promising projects in the development stage, doing their best to find the money to move forward and catch the next commodities wave.

In addition, spending on advanced mine development projects remains strong, which is a positive sign that investors remain confident in the long-term potential of B.C. In fact, B.C. has five new mines today that we did not have in 2011, and is seeing two more new mines being constructed right now: Pretivm Resources' Brucejack project, an underground gold and silver mine with a capital cost of $750 million; and JDS Silver's Silvertip project, a $50 million high-grade, silver-lead-zinc mine located just south of the Yukon border. None of these new mines would exist but for the efforts of the exploration sector.

And B.C. coal is set to play a big role in the clean-energy movement. Over 95 percent of coal mined in B.C. is high-quality steel-making coal which will be used in the future manufacturing of electric cars, wind towers and solar farms.

Our government understands that mineral exploration and mining requires public policies and infrastructure that encourage, facilitate and support a successful industry. This is why we work alongside industry to ensure B.C. remains a competitive jurisdiction with policies that win investments. B.C. has a stable political climate, our corporate taxes are among the lowest in Canada – we've reduced corporate income taxes by 33 percent and small business taxes by 44 percent since 2001 – and our triple-A credit rating saves taxpayers millions of dollars on government's borrowing costs.

And in this competitive investment world, investors evaluate the efficiency of a jurisdiction's permitting and regulatory systems before risking venture capital. B.C. now offers a streamlined review and approval process, making it more efficient than ever to set-up operations. Our government continues to take strategic steps to ensure timely permitting in order to prepare for the next upswing in the mineral and coal development cycle, while honoring our commitment to responsible and sustainable resource development.

Finally, we continue to work to strengthen relationships with aboriginal communities, leaders and organizations. First Nations involvement in resource development is becoming the norm in B.C., not the exception – we are working constructively with First Nations in British Columbia to develop a shared vision for land and resource use, and manage resources in a sustainable and culturally-sensitive manner.

The Hon. Bill Bennett is minister of Energy and Mines for the Province of British Columbia.