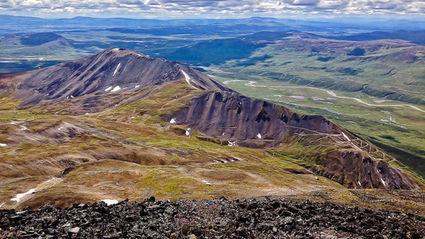 Millrock Resources Inc. May 24 announced a deal that will ultimately move the Stellar copper-gold project into Polaris Minerals Ltd, a new exploration company that will own two high-grade copper project in Alaska.

To complete this deal, Millrock has agreed to sell Stellar to Vista Minerals Pty Ltd. in exchange for 25.14 million Vista shares, or 27.7 percent of the Australia-based explorer.

A 2015 agreement under which Vista Minerals was earning an 80 percent interest in Stellar has been terminated. Instead, Vista and Millrock have entered into an agreement with Coventry Resources Ltd., another Australia-based explorer that owns an option on Caribou Dome, a high-grade copper property adjacent to Stellar.

Together, these two Southcentral Alaska properties blanket roughly 22 miles of strike that covers a number of high-grade copper and gold deposits and prospects, including the Zackly and Caribou Dome deposits.

Under the second agreement, Vista shareholders, including Millrock, will exchange their Vista shares for Coventry shares.

Coventry has indicated its intent to, in the same transaction, raise AU$10 million and consolidate its shares on a 1-for-5 basis. Following the successful completion of this transaction, Coventry will be renamed Polaris Minerals Ltd. Millrock must agree with the terms of the equity financing that Coventry is planning to undertake, and can withdraw if the terms are not satisfactory.

As a result of the transaction, Millrock would own roughly 25.65 million post-consolidation shares of Polaris.

If Polaris succeeds in completing the AU$10 million equity financing, Millrock would own about 9 percent of the renamed copper explorer.

Under the agreement, Millrock will also receive US$1 million from Polaris if an indicated mineral resource of 1 million ounces of gold is established at Stellar before the end of 2032; and, if Polaris establishes an indicated resource with one million metric tons of contained copper or copper-equivalent at Stellar, the company will pay Millrock US$2 million.

Millrock will also retain a 1 percent net smelter return royalty on all metals at Stellar.

Polaris has agreed to make annual advanced royalty payments to Millrock that start at US$20,000 in 2019 and incrementally increase to US$60,000 per year in 2027.

Millrock will be the operator of the exploration at Stellar and will receive a management fee equal to 10 percent of expenditures.

A historical resource of 218,944 oz of gold and 66.9 million lb of copper contained in a deposit of 1.13 million metric tons grading 6.03 grams-per-metric-ton gold and 2.69 percent copper has been calculated for the 1,000-meter-long Zackly deposit, and the skarn mineralization occurs over a strike length of more than 3,000 meters.

Millrock and Coventry have planned a major exploration program for summer 2017, in which the Zackly skarn will be re-drilled in an attempt to confirm this historic resource, and to test for extensions of the known deposit.

Induced polarization surveys done by Vista, and soil geochemical surveys carried out by Millrock, indicate potential for these extensions to exist.

In the event that the agreement between Vista and Coventry does not proceed, then Millrock and Vista will enter an agreement whereby Millrock will own a 19.9 percent interest in Vista and be entitled to the same milestone and royalty payments described above.

Vista would be required to spend a total of US$4 million at Stellar.