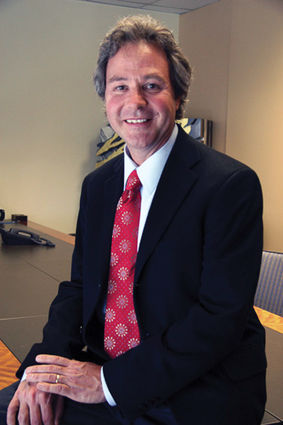 The Lik zinc-lead-silver project in Northwest Alaska is under new ownership.

Located some 14 miles from Red Dog, a mine that singlehandedly accounts for nearly 5 percent of the world's zinc production, Lik is situated in a corner of Alaska renowned for its high-grade zinc.

With its buyout of Zazu, Solitario gained a 50 percent interest in Lik. Teck Resources, which operates Red Dog, owns the other half of the burgeoning zinc project.

Prior to its Zazu purchase, Solitario's core asset was a 39 percent interest in Bongará, an advanced, high-grade, zinc project in northern Peru.

Adding Lik to its portfolio is part of Solitario's strategy to become a multiple-asset, intermediate-sized company positioned to take full advantage of a strong zinc market being driven by growth in demand and supply constraints due to the resent closures of world-class zinc mines.

"We are excited about the future potential of the combined company," said Solitario President and CEO Chris Herald. "Adding Zazu's interest in the high-grade Lik zinc deposit with our own high-grade Bongará zinc project together with Solitario's strong balance sheet differentiates Solitario Zinc Corp. from others in the emerging zinc developers' space."

In total, 17.1 million metric tons of ore milled at an average grade of 7.7 percent zinc, 2.6 percent lead and 47 grams per metric tons silver is currently outlined for mining from an open-pit at Lik South.

Lik North, which was not considered in the PEA, is a slightly higher grade deposit that would be mined later using underground methods if economics proved viable.

Herald said that expanding this deeper Lik deposit, which is open at depth and to the north, is an attractive exploration target that can still be reached by surface drilling.

"We see that as some obvious work that could be done in the near term," the Solitario CEO told Mining News.

Although Lik is far from the beaten path, the property has the advantage of being situated near the Delong Mountain Transportation System, an Alaska-owned haul road and concentrate-shipping port that delivered some 1.29 billion lb of zinc and 269.6 million lb of lead from the Red Dog Mine to world markets in 2016.

Under a 2010 agreement that was renewed in 2013, Alaska Industrial Development and Export Authority, owner of the transportation system, began evaluating the possibility of financing a 20-mile spur road linking Lik to the existing road and upgrading the port facilities to handle additional zinc and lead concentrates from a future mine at the deposit.

AIDEA identified a number of benefits to upgrading the infrastructure to service a future mine at Lik, including: adding cash-flow to Alaska coffers by expanding the usage and extending the life of the existing road and port; more money flowing into the local Northwest Arctic Borough; and another source of jobs for this remote Alaska region.

Herald said Solitario will be reaching out to AIDEA in order to build upon the relationship started by Zazu.

Solitario does not plan to complete any field work at Lik in 2017.

"We just don't have enough time to execute a decent field program this year," Herald explained.

Instead, the company is preparing for a well-planned field program for the Northwest Alaska zinc project in 2018.

The Solitario CEO said the PEA is of good quality, providing Solitario with a good base for planning future programs at Lik.

To assist in developing its plans for advancing Lik toward permitting and development, Solitario is looking to sit down with JDS Energy and Mining Inc., which completed the 2014 PEA update for Lik.

The company also will be consulting with its partner, Teck, as it considers the best way to move forward at the project.

"With Teck's huge amount of experience up there, we will certainly welcome input from them," Herald said.

In the meantime, Solitario will continue to make headway at represents a new property wide

Bongará, a slightly more advanced zinc asset being advanced in partnership with Minera Milpo, a Lima-based company with three zinc-rich polymetallic operating mines and a number of other projects in Peru.

A PEA that investigates the viability of an unground mine for the high-grade zinc deposit at Bongará is expected to be completed by the end of July.

With US$16.5 million in cash and Milpo funding the work at Bongará, Solitario has plenty of capital and resources to execute a well-planned 2018 field program aimed at advancing Lik toward development.

"We think Lik is a fabulous deposit and we are quite confident it will be a profitable mine at a reasonable zinc price," Herald told Mining News.