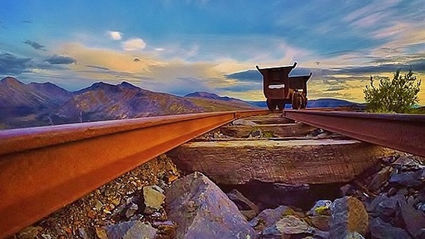 An ore car sits outside an adit at Keno Hill, a historic mining district in the Yukon where Alexco Resource continues to find deposits of high-grade silver.

Alexco Resource Corp. Dec. 29 said the Yukon Water Board has issued an amendment to the company's Water Use License for the development and operation of an underground mine at the Flame & Moth deposit on Alexco's Keno Hill Silver District property.

"Receipt of this license amendment is a milestone in our journey toward mine operations and has involved the cooperation and support of our many stakeholders and partners, including the First Nation of Nacho Nyak Dun," said Alexco Chairman and CEO Clynt Nauman.

Early in 2017, Alexco published a preliminary economic assessment that outlines an operation at the re-opened Keno Hill Mine that would produce 25.1 million ounces of silver, 77.3 million pounds of zinc, 67 million lbs. of lead and 4,870 oz of gold over eight years. This PEA is centered on Flame & Moth but includes ore from the Bermingham, Bellekeno, Lucky Queen and Onek deposits.

The Flame & Moth underground mine, located adjacent to the existing Keno Hill mill, hosts 683,000 metric tons averaging 666 g/t silver and is anticipated to be the primary production source for mine operations at Keno Hill.

The Bellekeno, Lucky Queen and Onek mines are also permitted for operations. In November, Alexco submitted a proposal to the Yukon Environmental Socioeconomic Assessment Board for an environmental assessment of the development and operation of the Bermingham mine, which is currently expected to contribute roughly 220,000 metric tons of 1,276 g/t silver toward the Keno Hill mine plan. The company plans to complete some 5,000 meters of underground drilling at Bermingham upon completion of a 580-meter exploration decline currently underway. Results of the drilling along with other work will contribute to a pre-feasibility study anticipated to be completed in the third quarter.

Alexco began commercial production at Keno Hill early in 2011. Due to weak silver prices, however, the Vancouver B.C.-based miner temporarily suspended operations in 2013. The work currently underway could support the restart of operations at this historic silver mining district in the Yukon. 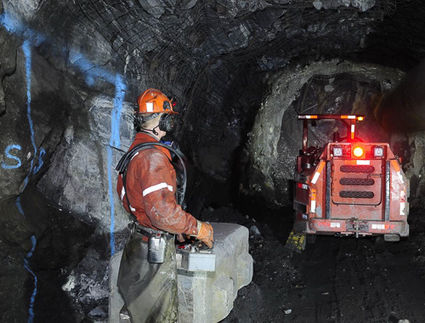 Alexco Resource plans to complete some 5,000 meters of underground drilling at the Bermingham deposit in the Keno Hill Silver District upon completion of a 580-meter exploration decline currently underway.