Ketchikan to be home of rare earth plant 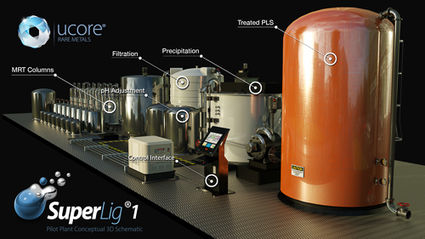 SuperLig-One is a pilot-scale plant that tested the separation of rare earths using molecular recognition technology.

After investigating locations across the United States to host its first Strategic Metals Complex, or SMC, Ucore Rare Metals Inc. has decided that a Southeast Alaska town with a Pacific Rim port is the ideal place to build the cutting-edge rare earths processing facility.

"Engineering and economic studies have confirmed that Ketchikan is our preferred location to construct our first strategic and critical metals separation facility," said Ucore Vice President of Operations and Engineering Mike Schrider.

The decision to build the initial Strategic Metals Complex near Ketchikan is a coming home of sorts for the recovery plant that employs a technology that had never previously been used for the separation of rare earth elements.

Ucore delved into pioneering a new technology for separating notoriously tightly interlocked REEs while seeking an efficient and environmentally suitable method of recovering the individual elements found at its heavy rare earth enriched Bokan Mountain project on Prince of Wales Island near Ketchikan.

This technology, which has been around for roughly three decades, has already been proven in mining. Notable applications include platinum group metals refining and removing bismuth impurities from copper.

Before Ucore and IBC, however, no one had ever tried to utilize MRT to separate the hard to break apart rare earth elements.

After proving the concept in the lab, Ucore and IBC scaled the technology up to a pilot plant known as SuperLig-One.

Since verifying the technology works to separate rare earths and other strategic metals, and can be scaled up to commercial levels of production, Ucore has been looking for an ideal U.S. locale for the first SMC.

Ease of access to international shipping corridors, industrial infrastructure, permitting, and potential for local incentives and state funding programs were among the consideration weighed.

This search led Ucore to Ketchikan, a Southeast Alaska coastal town that is about 35 miles northeast of the company's Bokan Mountain REE project.

"We're pleased that Ketchikan has been selected from among competing locales," said Randy Johnson, Managing Member of Orca Holdings and President of Tyler Rental Inc.

Johnson, a Ucore advisory board member, has invested in both Ucore and the metals separation technology the company has developed. He also was a strong advocate for basing the first SMC in Ketchikan, a community that he has helped revitalize in recent years.

In 2017, Orca Holdings paid Ucore US$2.5 million for the SuperLig-One pilot plant and is leasing it back to Ucore over a 3-year term at an annual lease rate of 15 percent.

Hosting a deep-sea port on the Pacific Rim and situated roughly 60 miles from a rail-head that connects the project to all of North America, Ketchikan has a number of advantages for a metals separation facility that is looking to produce high purity rare earths from REE-bearing feedstock sourced from around the globe.

The Ketchikan SMC could also serve as a rare earth separation facility for Bokan, if a mine is developed at the heavy REE enriched deposit found there.

"The intent is also to maintain the processing flexibility and capacity to accommodate ore concentrate from the Bokan-Dotson Ridge project, once that project has been developed," said Schrider.

Another big advantage of building the SMC in Ketchikan is that Alaska Industrial Development and Export Authority has approval to help fund a processing facility there. 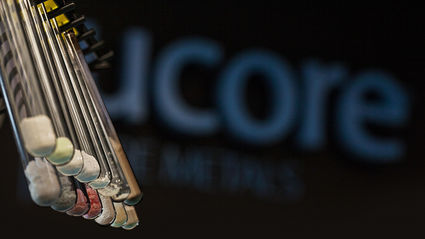 With the use of molecular recognition technology, Ucore Rare Metals and IBC Advanced Technologies produced virtually pure rare earth salts from a solution derived from the Bokan Mountain project in Southeast Alaska.

"The Alaska Industrial Development and Export Authority (AIDEA) has received legislative authority from the Alaska Legislature for a US$145 million financing package for the future development of the Bokan Mine and processing facilities," said Johnson. "A significant portion of this proposed financing is intended for the development of a proximal rare earth element separation facility, and our recommendation will be for the construction of this component to be placed in Ketchikan, just 50 kilometers (32 miles) northeast of Bokan and accessible via marine transport."

Ketchikan also has an industrial complex on Gravina Island that is across a narrow passage from the Southeast Alaska town. Regular ferry service could transport local residents to work at SMC.

After getting the Ketchikan facility up and running, Ucore envisions one or two additional strategically located SMCs in the U.S. that could provide domestic supplies of REE oxides and other critical metals required to support North American manufacturing and security.