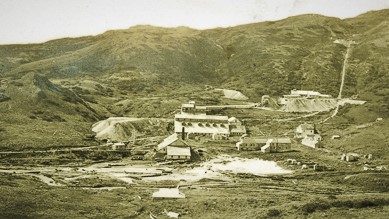 Former Redstar President and CEO Peter Ball has stepped down from the executive position and Chairman Jacques Vaillancourt is serving as interim-CEO until the board can fill the position.

Ball joined Redstar early in 2016 and served as president and CEO as the exploration company expanded upon the high-grade gold deposits at the Unga gold project in Southwest Alaska.

Jesse Grady, who served as vice president of exploration since 2015, resigned from his position in February.

Shumagin, a parallel structural trend about 2,000 meters to the northwest, has been Redstar's primary exploration focus in recent years.

Earlier this year, Redstar commissioned a technical report that compiles the company's exploration at Unga along with historical data from 130 years of exploration at the site of Alaska's first hardrock gold mine.

Redstar said Ball will remain involved in the Company as a member of Redstar's board of directors due to his strong commitment to the Unga Gold Project and to ensure seamless continuity.