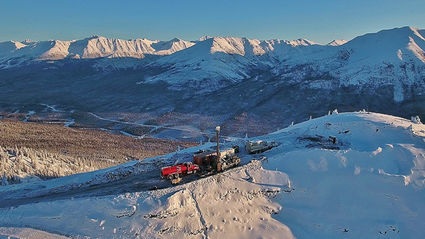 The winter 2016 drill program at 3 Aces project confirmed high-grade gold mineralization at Ace of Hearts, one of several veins discovered in the project's Central Core Area.

The winter drilling will initially focus on stepping-out with wide-spaced drilling within the central core zone, a 13.5-square-kilometer (3,335 acres) area of the 3 Aces property that hosts multiple high-grade gold vein occurrences.