Barging back into high-grade Dolly Varden 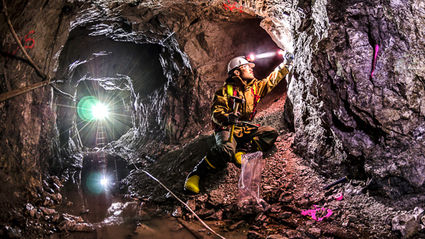 A geologist collects samples from one of four historical high-grade silver mines on the Dolly Varden property that date back to the early 20th Century.

This northwestern British Columbia silver project has the advantage of access to tidewater on Alice Arm, which is about 25 kilometers (16 miles) south of the property. This provides less expensive barge deliveries of heavy equipment, fuel and other supplies needed to the base camp. From there, equipment and supplies can be delivered to the central part of the project via a public access road that follows the gentle gradient of the historic Dolly Varden railway line.

Once equipment is mobilized, Dolly Varden plans to begin a 25,000-meter drill program focused on resource delineation and verification, particularly in the areas of new discoveries made last year – Torbrit North, Torbrit East and Moose-Lamb.

"We are excited to be back into the field to explore at Dolly Varden and follow-up on our successful discoveries from last season," said Dolly Varden President and CEO Gary Cope.

These zones are associated with historical high-grade silver mines.

A prominent mineralized zone, known as the Dolly Varden-Torbrit Horizon (DVTH), extends westward from the past-producing Dolly Varden mine, through the historical underground working at North Star and into the Torbrit mine, to the east. DVTH forms an almost continuous sheet of sediment exhalative- (SEDEX) style mineralization.

The Torbrit North and Torbrit East target discoveries are of the same exhalative-style of silver and base metal mineralization found at the Torbit Mine area of DVTH but appears to be parallel to or fault offset from the main horizon. 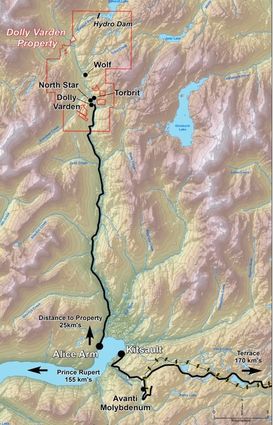 Located along its namesake fault, the Moose Lamb target discovery is an epithermal vein-style of mineralization similar to the historic Dolly Varden Mine.

Dolly Varden's 2018 exploration drilling will target an alteration belt along the Kitsault River and a gold belt that extends from Auryn Resources' Homestake Ridge gold-silver property immediately to the northwest.

In addition to drilling the discovery targets, the 60 to 75 holes planned this year will also test expansion areas at the Torbrit and Dolly Varden deposits, which currently host roughly 80 percent of the indicated resource on the Dolly Varden property.