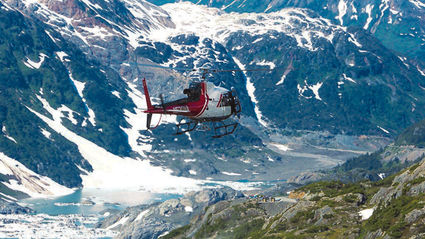 Ascot Resources Ltd. May 10 published an updated NI 43-101 resource estimate for its flagship Premier-Dilworth property in British Columbia's Golden Triangle that includes zones of high-grade gold mineralization in the Premier and Northern Lights area of the historical mine property.

A new management team appointed to Ascot in October of last year has shifted the company's focus away from an open-pit mining scenario previously considered for Premier to developing higher grade, underground resources.

The new management said operations can be re-started within a potentially shorter time-frame by using the existing underground infrastructure and higher grade resources will maximize the profitability of the processing facilities already in place on the property. As a result, future operations will be more profitable, less disruptive and easier to re-permit by starting initial production within the existing footprint of the project.

"Our principal business objective is to maximize the utilization of the existing infrastructure, specifically with regard to the mill throughput of up to 3,000 tonnes (metric tons) per day," said Ascot Resources President and CEO Derek White.

This focus on higher grade underground gold-silver deposits is reflected in the updated resource, which highlights a maiden high-grade resource for Premier-Northern Lights, which is located at and adjacent to the historical mine areas in the southern part of the Premier property.

"This resource will be the first step in a series of resource developments, which we believe will add significant ounces with each resource update," said Derek White.

The 2018 drill program at Premier, which got underway in April, began with infill drilling on the 602 zone, located in the western part of the Northern Lights-Premier area.

Ascot said visual inspection indicates the drill holes at 602 so far have intercepted the modeled zone at the projected depth. Assays of these holes are pending.

The company said there is significant potential to expand the 602 Zone to the west and down dip. 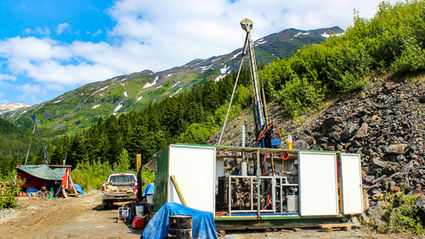 Drills test a high-grade gold zone near the past-producing Premier Mine during a roughly 118,800-meter drill program carried out by Ascot Resources in 2017.

Other zones in the Premier-Northern Lights zone that have expansion potential are Ben, Prew and the 609, extensions that will be tested later in the year.

Drilling is currently focused on Big Missouri, an area about 5,000 meters north of the Premier Mine that could add to the project's high-grade gold resources.

"Currently we are drilling in the Big Missouri area as part of our next resource update. We remain extremely excited about the prospect of adding resources to re-start operations," White said.