Two new regulatory agencies will report to the Secretary under the proposed reorganization of the Department of the Interior North of 60 Mining News – July 1, 2018

As almost everyone knows, if you want to do something, anything at all, in our deeply-regulated society you have to take your hat in your hand, bow deeply before the local personification of the government, be it federal, state or local, pay the posted homage and say the magic words "May I ...?" Whereupon, the "authorized agent" strokes his or her chin thoughtfully, consults with a wide variety of "experts", engages the general public, through notices and hearings and pronounces judgment.

Oftentimes, the process must be repeated because every agency has its own mandate, and each office-holder clearly understands that if the question posed is not nuanced in exactly the right way, the interested public may misunderstand and respond incorrectly. We see this process at every level, but the more august the agency the longer the path to a conclusion.

In the real world time is money, but in the wondrous world of government scrupulous review of proposed activities need not be cost effective – only thorough. After all, if you have only a few million dollars at stake, what difference is there if your mining application gets approved this year or next?

This is not to say that there is not a place for reasonable regulation of commercial activity. On the contrary, one of the most appropriate roles of government in a free society is the regulation of commerce. Regulation of commerce among the states, "the Commerce Clause", was a key element of the Founding Fathers' Constitution and was interpreted by the nascent Supreme Court to allow the feds to keep states from erecting trade barriers. (But please don't tell DJT – he might extrapolate that concept to international trade, and goodness knows we don't want to eliminate international trade barriers.)

In any case, the so-called banana rule – Build Absolutely Nothing Anywhere Near Anyone – tends to govern the natural drift when it comes to regulation. Therefore, when even the most modest counter-current is proposed, such as bringing agencies with a common constituency under a common-sense common head, we are reminded that hope actually does spring eternal.

Most recently, it was announced that pursuant to Executive Order 13781 the Executive Branch Reorganization Plan will merge the National Marine Fisheries Service and aspects of the Army Corps of Engineers Civil Works into the Department of the Interior. Interior Secretary Ryan Zinke has been working for some time toward reforming Interior by consolidating regional boundaries and pushing decision-making into the field. This realignment is part of that effort.

For Alaskans, that could be a breath of fresh air. Imagine having one agency in charge of BOTH the Marine Mammals Protection Act and the Endangered Species Act so that shore-based operations can talk to a single officiant when worried about Steller Eiders and Beluga Whales.

Another of the amendments will bring the Army Corps of Engineers Civil Works under Interior to "allow for more rational public policy outcomes and better investments." Who could be against that?

Secretary Zinke seems uniquely sensitive to the fact that the vast majority of Interior's work is conducted in the West and therefore sees the benefit of moving decision-making westward on the apparent theory that if the permitting responsibilities were regionalized, local decision-makers could somehow work together. 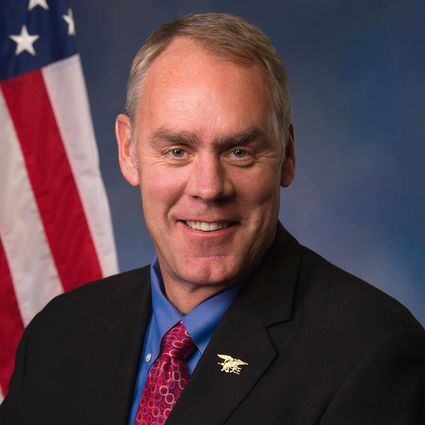 Ostensibly, the Secretary regards Alaska as a paradigm for regionalization. We all know how well Interior's land-managing agencies in Alaska now cooperate when it comes to reducing the length of time required to complete projects like settling land claims, securing title to RS 2477 rights-of-way and quieting title to navigable waters.

I wish the Secretary well with his vision. But if he wants to replicate the Alaska experience throughout the West, the reorganization will require more definition.

The contiguous West, like Alaska, holds abundant resources situated on federal land administered by Interior. Reasonable and sound development of those resources is elemental to our national wealth. Surely, delegating oversight of that objective to those who live in the land of the stakeholders could be rewarding. But if, in the long run, delegation involves the creation of a new layer of bureaucracy, as has been the experience, we must be wary.