Much like Pebble, threat of use could chill economic growth North of 60 Mining News – July 6, 2018 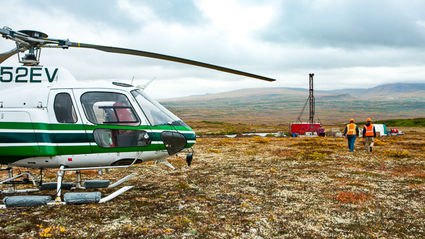 A helicopter waits at a drill testing the world-class Pebble copper-gold-molybdenum deposit in Southwest Alaska.

Among his final acts before resigning as administrator of the U.S. Environmental Protection Agency, Scott Pruitt directed his agency's Office of Water to put together a proposal to update the regulations governing EPA's role in the permitting discharges of dredged or fill materials, including the elimination of the "preemptive veto" under Section 404 of the Clean Water Act.

EPA's current interpretation of regulations on implementing CWA section 404(c) allows the agency to veto a permit issued by the U.S. Army Corps of Engineers or an approved state that allows for the discharge of dredged or fill material at specified disposal sites.

EPA has used its assumed authority to veto a project only a handful of times, the most recent and widely publicized case being restrictions the Obama Administration EPA proposed to place on a mine being considered at the Pebble copper-gold-molybdenum project in Southwest Alaska in 2014.

This was a special case in which the environmental agency tried to put restriction on a project before proponents were able to put forward a proposal for permitting, referred to as pre-emptive veto.

Pebble Limited Partnership, the Alaska-based company hoping to develop a mine at the world-class Pebble copper-gold-molybdenum deposit, was able to obtain a preliminary injunction that stopped the process before EPA published a final determination on the proposed pre-emptive restrictions, which means Pebble could move forward without the limitations.

Pruitt had previously indicated EPA would withdraw the proposed section 404(c) determination in its entirety but decided earlier this year to leave it on the table.

In a court settlement with Pebble Partnership, however, EPA committed to not make a CWA Section 404(c) determination on Pebble until after the U.S. Army Corps of Engineers completed the environmental impact statement, which got underway earlier this year, as long as the EIS is finalized by May 2021.

"I believe that it is critical for the agency to participate in the EIS process and review the final EIS in detail before determining whether to proceed with the section 404(c) process in this case," Pruitt penned in a June 26 memo to EPA Office of Water and regional administrators.

Many lawmakers on Capitol Hill have voiced concerns that the precedent set by a final determination at Pebble could deter other companies from investing in projects in the United States for fear that EPA could subjectively veto a project without a full evaluation of the proposal.

"I am concerned that the mere potential of the EPA 's use of its section 404(c) authority before or after the permitting process could influence investment decisions and chill economic growth by short-circuiting the permitting process," he wrote. "I am also concerned that under current regulations, the EPA could issue a final determination without the benefit of full information about the project for which a permit is sought, the proposed disposal areas and the environmental impacts of those activities."

In his memo, Pruitt directed the EPA Office of Water to consider:

• Eliminating EPA authority to initiate the section 404(c) process before a section 404 permit application has been filed with the Corps or a state;

• eliminating the authority to initiate the section 404(c) process after a permit has been issued;

• requiring a regional administrator to obtain approval from EPA headquarters before initiating the section 404(c) process;

• requiring a regional administrator to review and consider the findings of an environmental assessment or EIS before preparing and publishing notice of a proposed determination; and

A report from the Office of Water on proposed changes to CWA Section 404(c) is due by Dec. 26.

"This long-overdue update to the regulations has the promise of increasing certainty for landowners, investors, businesses and entrepreneurs to make investment decisions while preserving the EPA's authority to restrict discharges of dredge or fill material that will have an unacceptable adverse effect on water supplies, recreation, fisheries and wildlife," Pruitt penned in the memo.

The memo on updating EPA's authorities under CWA Section 404(c) was sent just a few short days before Pruitt resigned as EPA administrator.

In his resignation letter, Pruitt cited "unrelenting attacks" on himself and his family that "have taken a sizable toll on all of us" as his primary reason for stepping down.

The news of Pruitt's resignation came in the form of a July 5 tweet from President Trump.

"I have accepted the resignation of Scott Pruitt as the Administrator of the Environmental Protection Agency," Trump tweeted. "Within the Agency Scott has done an outstanding job, and I will always be thankful to him for this."

The President also announced that the recently confirmed EPA Deputy Administrator Andrew Wheeler will take over as interim administrator of the agency.

Wheeler, a former coal lobbyist, will likely continue what Pruitt started in terms of reeling in what is considered by many as regulatory overreach by the agency. 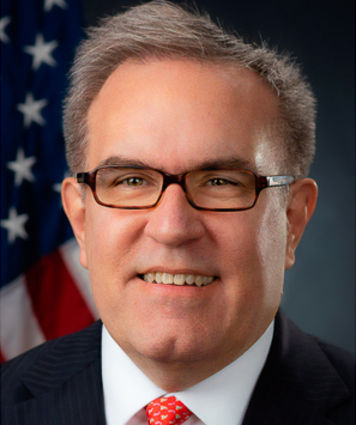 As a former lobbyist familiar with the workings of Washington D.C., many believe Wheeler will be more effective than Pruitt at achieving Trump's goal of rolling back regulations that "chill economic growth" in the U.S.

It is currently uncertain whether Wheeler will be named as Pruitt's successor, but it will likely take some time for whoever Trump names as the new EPA Administrator to be confirmed by Congress, especially as we approach mid-term elections.

In the meantime, it seems doubtful Wheeler will rescind the order for EPA Office of Water to look into updating EPA's authorities under CWA Section 404(c).

How Wheeler will deal with the proposed CWA Section 404(c) restrictions currently hanging over the Pebble project is a little more unclear.