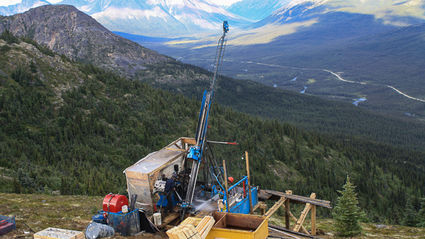 Drilling carried out in 2011 tapped high-grade gold zones at 3 Aces. Since that time, Golden Predator has identified the structural-stratigraphic contacts that carry the gold veins and traced these features onto the neighboring Sprogge property.

Golden Predator Mining Corp. July 26 reported that a 2,500-meter drill program is underway in the Sprogge area of the company's 3 Aces gold project in southeastern Yukon.

Sprogge, situated immediately southeast of the original 3 Aces property, was acquired by Golden Predator late in 2017.

The Sprogge property blankets favorable structural-stratigraphic contacts similar to those that host the hi...