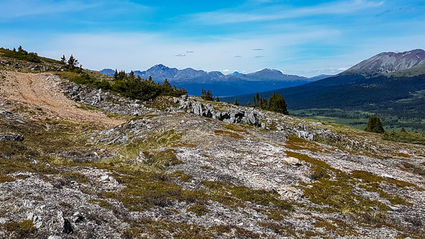 Located about 100 kilometers (60 miles) east of Dease Lake, the Kutcho property hosts three known Kuroko-type volcanogenic massive sulfide deposits along an east-west trend. The largest, Main, comes to surface at the east end of the trend, with Sumac and Esso each getting deeper to the west.

The first results from this year's program are from holes drilled at Esso.

"We have now moved into an exciting phase of the field program as the mineral resource expansion drilling at Kutcho is now in full swing and we anticipate releasing drill results frequently over the course of the next few months," said Kutcho Copper President and CEO Vince Sorace. "The initial drill holes from Esso represent the unique high-grade opportunity achievable at the Kutcho project."

A prefeasibility study updated in 2017 considers the development of a 2,500-metric-ton-per-day operation that would produce 378 million pounds of copper and 473 million lb of zinc, plus by-product precious metals over a 12-year mine life.

With the goal of advancing this project to the feasibility stage by the end of 2019, this year's program includes additional geotechnical work on the deposits; a drill program to upgrade a portion of inferred mineral resources to the measured and indicated categories, which could then be converted to reserves when the feasibility study is completed; additional metallurgical work; environmental baseline studies; and road engineering studies along a proposed corridor to access the Kutcho project from Highway 37.

Kutcho has also begun a surface exploration program at TCS, a property located 16 kilometers (10 miles) east of Dease Lake. The company said TCS presents a pure greenfield copper-zinc opportunity that has never been drilled. The 2018 program will consist of prospecting, mapping and soil sampling to potentially delineate drill targets for future campaigns.