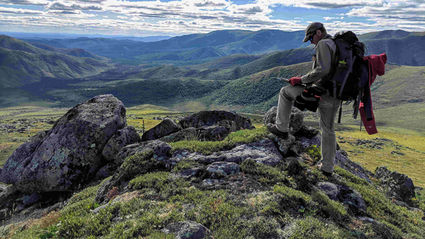 This sample was collected during the company's 2018 exploration program that included rock sampling, trenching, soil sampling and geological mapping primarily at Trout, a target drained by two placer gold bearing streams in the area.

Prior sampling at Trout has defined a gold-in-soil anomaly over an area about 1,200 meters along strike.

One grab sample with 23 g/t gold associated with silicified syenite, a coarse-grained igneous rock, which is the highest gold-in-rock value sampled to date from the Trout target.

Five rock samples within this syenite at Trout have returned gold grades of greater than 1 g/t gold. Endurance said trenching was not possible in the immediate area due to large boulders on surface.

About 160 meters northeast of the 23 g/t gold sample, the company was able to hand dig three trenches, spaced approximately 30 meters apart. Even here, however, the trenching conditions were challenging due to lack of heavy equipment and the presence of frost transported boulders which limited ability to continue trenches past observed alteration. Trench 1 cut 12.19 meters averaging 0.51 g/t gold. Trenches two and three had less success in achieving weathered bedrock over their excavated length, but channel sampling did encounter anomalous gold values in similar weathered bedrock – 18.29 meters of 0.194 g/t gold in trench two and 9.14 meters of 0.16 g/t gold in trench three. All three trenches had gold-enriched bedrock zones which remain open to expansion past the end of the trenches. Endurance said the gold values returned from weathered bedrock in the trenches did not identify mineralization which adequately explains the nearby gold-in-soil samples. 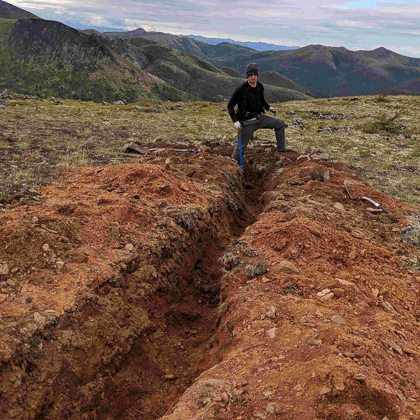 Endurance Gold said infill soil sampling was completed over about 300 meters of strike at the main Trout target to better define areas with the highest gold-in soil and to help with interpretation of controls to mineralization. This sampling indicates a greater than 100 parts per billion gold-in-soil anomaly extends for more than 300 meters along a northeast to southwest strike. The company said the results from this sampling suggest that the higher grade bedrock source structures maybe at an oblique angle to the 2018 trenches and therefore were not intersected by the digging.

Endurance said the geochemical anomaly at Trout remains open to further detailed soil sampling southwest and northeast of the 2018 trenching area. Further work is required to identify the syenite-hosted bedrock source for the 23 g/t gold sample. The company said drilling to evaluate the full extent of this gold mineralized system is also warranted.

Elephant Mountain is located in the Rampart-Eureka-Hot Springs placer gold mining district near Eureka, Alaska. The southeast end of the property can be accessed by the Elliott Highway about 76 miles northwest of Fairbanks.