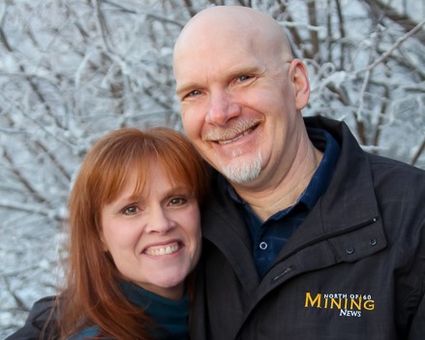 Welcome to the 10th anniversary of Mining Explorers!

While there have been tectonic shifts in the mineral exploration markets over the past decade, two things have remained rock solid – mining explorers continue to uncover the vast mineral resources across Alaska and Canada's North and North of 60 Mining News has been here to tell their story.

With the price for an ounce of gold pushing above US$1,300 to ring in the new year – along with zinc and copper selling at multi-year highs and trending higher – 2018 was shaping up to be a dazzling year for the mining explorers seeking to unlock the vast mineral potential across Alaska and Canada's North.

The glimmering promise of robust investment in the mineral exploration sector, however, tarnished as the year wore on. Gold prices fell back to US$1,200 levels; zinc dropped from US$1.60 per pound in January to US$1.05/lb in September; and copper peaked at around US$3.30//b in June before falling to around US$2.65 this fall.

This pull-back in metals prices – coupled with a significant amount of venture capital going into cryptocurrencies, cannabis and tech stocks – resulted in continued tight markets for mining explorers.

Not to say there was not capital available to good companies with strong mineral exploration projects in Alaska, northern British Columbia, Yukon, Northwest Territories and Nunavut ... there was.

The relatively lack of retail investors in what otherwise seems to be strong metals markets has created a strategic opportunity for contrarian investors that understand the world's need for metals and the North's potential to fill that order.

One such contrarian is New York-based Electrum Group, a privately held firm that has invested in promising mineral exploration and development companies from Alaska to Nunavut.

Best known for its 2009 investment in Novagold Resources Inc., a junior that owns 50 percent of the 39-million-ounce Donlin Gold project in Alaska, private equity funds managed by Electrum have since quietly bought stock in junior mining companies exploring for nickel and platinum group metals in the Yukon; zinc and copper in Alaska; and diamonds in Nunavut.

In 2015, Electrum raised roughly US$200 million to take advantage of a "unique buying opportunity in the metals and mining industry." So far, this money has been invested in companies exploring Alaska and Canada's North. To find out more, read "Electrum Group funds strategic exploration" on page 88.

While Electrum is featured in this tenth edition of Mining Explorers, it is not the only company that sees a unique buying opportuning in the North. Fellow contrarian mining investors, such as Eric Sprott, and majors in the industry, such as Goldcorp Inc., Barrick Gold Corp., Agnico Eagle Mines Ltd. and Newmont Mining Corp. are investing in northern project and the juniors exploring them.

Alaska is experiencing an exciting shift in mining and mineral exploration spending. Since 2015, an increasing number of Australian mining companies have been investing in the state.

This started with a couple of junior exploration companies intrigued by the world-class mineral deposits already discovered in Alaska and excited that intriguing and high-quality mineral deposits could easily be acquired in the Last Frontier, a refreshing change from the crowded field Down Under.

In 2017, this Australian intrigue in Alaska got a boost when Perth-based South32 Ltd. entered into a US$150 million option to buy a 50 percent interest in Trilogy Metals Inc.'s Upper Kobuk Mineral Projects, a large land package that covers the extremely metals rich Ambler Mining District in Northwest Alaska.

This is not the latest or largest Alaska deal struck by an Aussie mining company. In August, Perth-based Northern Star Resources Ltd. entered into an agreement to pay US$260 million for the Pogo Mine, an Interior Alaska underground operation that churns out more than 250,000 ounces of gold per year.

All of the Australian companies investing in Alaska see great mineral potential in a jurisdiction that is on par, if not better than what is offered in Oz.

Or, as Northern Star Executive Chairman Bill Beament put it, "Alaska is simply one of the great mining jurisdictions of the world."

Find out more about all the Australian mining companies investing in Alaska starting on page 90.

From the Australian invasion in Alaska to intriguing diamond and gold discoveries in Nunavut, along with more than 50 companies exploring the vast mineral wealth in between, North of 60 Mining News will be here to keep you informed on the companies discovering the future of Alaska and Canada's North.

Thank you, and we hope you enjoy this tenth edition of our annual Mining Explorers magazine.