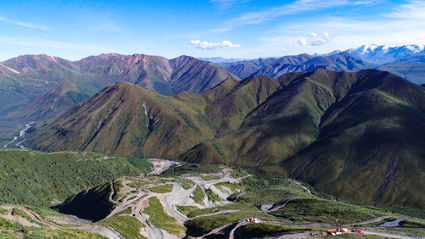 Nickel Shäw is a road-accessible nickel-copper-platinum group element project just south of the Alaska Highway in the Yukon.

Towards this objective, the company previously known as Wellgreen Platinum is carrying out the most in-depth a metallurgical program that is the comprehensive analytical undertaking that has ever been applied to Nickel Shäw.

This work, which began in 2017, initially focused on flowsheet optimization and batch scale testing to determine the viability of split concentrate production prior to advancing to the pilot plant testing. Over the ensuing six months the metallurgical program has achieved numerous milestones that could lower the costs of processing the ore at Nickel Shäw, including using a coarser grind size and less reagents to recover the metals in concentrates. The testing also shows the viability of creating two concentrates – nickel and copper.

"Over the past 18 months the company has focused on de-risking Nickel Shäw through a series of detailed and scientifically based studies including a new geologic model," said Nickel Creek President and CEO Diane Garrett. "By the end of the current and final stage of metallurgical testwork, the company should be well positioned to continue moving the project up the value chain towards the goal of advancing the project to become Canada's next large-scale nickel-copper-cobalt-PGM sulfide producer."

This resource spans roughly 2,200 meters of an 18,000-meter trend within the company's land package. The company said historical and current mapping, geophysics, and limited previous drilling provide it with confidence that additional mineralization beyond the known resource may be identified.

Following up on a 2017 mapping program, Nickel Creek conducted an induced polarization geophysical survey this year to locate additional drill targets along the strike length of the system to determine whether the already large resource is part of an even larger, district-scale system.