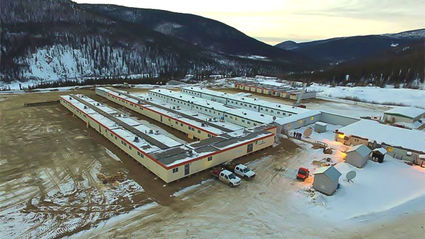 With a fully operational 250-person all-season camp, Victoria Gold has the facilities to house the influx of workers needed to develop the mine at the Eagle Gold project in the Yukon.

Victoria Gold Corp. is transitioning from mining explorer to developer with its sights firmly locked on building Yukon Territory's next mine.

Toward this goal, the company signed paperwork with Orion Mine Finance, Osisko Gold Royalties Ltd. and Caterpillar Financial Services Ltd. that pulls together a roughly C$505 million financing package – enough to complete development of the Eagle Gold Mine project on its Dublin Gulch property in Yukon. This financing package involves two credit facilities totaling US$175 million (roughly C$219 million); a private placement of Victoria common shares to two separate subscribers for a total of C$125 million; a C$98 million royalty financing; and an equipment financing facility for up to US$50 million (C$63 million).

Victoria Gold is using the funds to develop an open-pit, heap-leach operation at Eagle Gold that is expected to produce more than 200,000 ounces of gold annually over a 10-year mine life from 123 million metric tons of reserves averaging 0.67 grams per metric ton (2.66 million oz) gold.

"With this project financing package, Victoria is in a position to continue construction activities and advance the Eagle project to first gold-pour, which we expect in the second half of 2019," said Victoria Gold President and CEO John McConnell.

The Eagle Gold Mine, estimated to employ 350-400 people, will be a significant economic contributor to Yukon and the Na-Cho Nyak Dunn First Nation.

"We look forward to building a high-quality, profitable, and environmentally safe project that will deliver significant economic benefit to all of our stakeholders," McConnell added.

While building a mine is Victoria's primary focus, the company is continuing to explore the wider Dublin Gulch property where Eagle Gold is located.

The reserves currently slated for mining are found at Eagle Gold, the original deposit, and Olive, a satellite deposit about 3,000 meters to the northeast.

This year's exploration is focused on Olive-Shamrock-Spinach, a series of targets related to the Olive deposit; Bluto, a gold discovery northeast of Olive; Nugget, an early-stage target to the east of Bluto; and VBW, an underexplored claim block immediately west of the Dublin Gulch Claims. 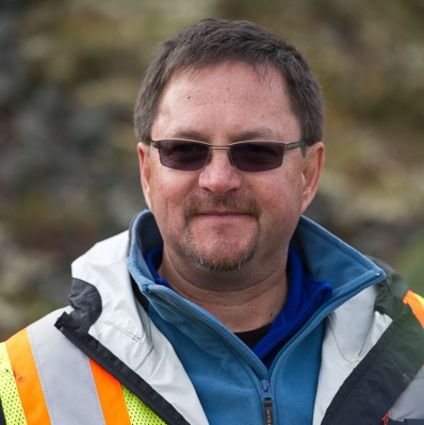