A Taurus' Role in the Age of Aquarius 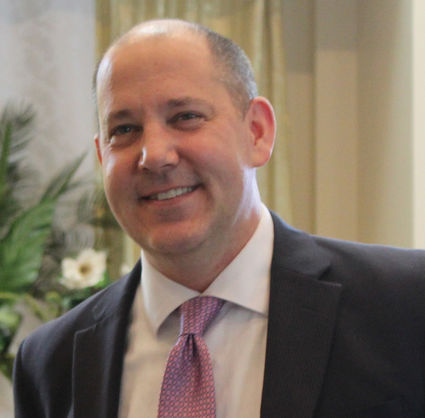 There can be no doubt that April 27, 1973, was an auspicious day in Nebraska, not just because Jason Brune, Governor-Elect Dunleavy's pick to become the Commissioner of the Alaska Department of Environmental Conservation, was borne then and there; but because it was also the dawning of the Age of Aquarius. One does not need to cast horoscopes to recognize that this astrological era is said to be one of harmony and understanding. Nor does one have to know Brune well to recognize that he is the archetypical Taurus (read: "bull") in this most fragile of all astrological ages.

Brune was awarded a bachelor's degree in biology in 1995 from Carleton College in Northfield, Minnesota after graduating from Westside High School in Omaha, Nebraska. He made his way to Alaska working variously for the University of Alaska, National Biological Service, Alaska Pacific University (APU) and U.S. Fish and Wildlife Service for the next four years before settling in for a six-year stint as executive director of the Alaska Mineral and Energy Resource Education Fund, now known as Alaska Resource Education. In his spare time, he completed graduate work in the Master of Science Degree in Environmental Science program at APU.

In 2000, Jason went to work for Resource Development Council for Alaska (RDC) and by 2006 he had burnished his credentials sufficiently to be named as its Executive Director where he served until June 2011.

Among other accolades, he was selected by the Alaska Journal of Commerce in 2006 as one of Alaska's Top 40 Under 40.

His dynamic personality and passion for life shined through. He led RDC in advocating for the development of a comprehensive, responsible state fiscal plan; the facilitation of land exchanges with the federal government to increase responsible resource development; and working to change to the Endangered Species Act by requiring the use of sound science for management decisions, all the while continuing to emphasize resource education in Alaska's schools.

Brune's accomplishments did not go unnoticed. In June of 2011 he was tapped to go to work as Public Affairs and Government Relations Manager for Anglo American, a partner in the Pebble Project, one of the most controversial mining projects in the state's history.

In 2014, Jason left the Pebble project to go to work for Cook Inlet Region, Inc. (CIRI) as Senior Director, Land and Resources, where he oversees CIRI's 1.6 million acres of subsurface resources including oil, gas, minerals, sand and gravel, and coal as well as surface timber/carbon resources and land access agreements.

Brune's extensive resume clearly makes him a striking candidate for DEC Commissioner. He will assume this key position at a time when significant changes in the relationship between the state and federal government will be forthcoming. After the drubbing that the nation as a whole and Alaska in particular took at the hands of the Obama administration's Environmental Protection Agency, having such a knowledgeable and experienced leader who has a demonstrated record of advocating for environmentally sound resource development become the voice of the State on key environmental issues will be a huge positive.

The Age of Aquarius has two octaves. The higher octave perceives Science as liberating for humanity which gives us the freedom to develop our true individuality and talents rather than having to just toil for survival. The Lower octave uses science destructively, treating humans as heartless machines and assuming that everything is a natural coincidence.

Brune, as a man of the Age, has the potential to strike the higher notes. We applaud Governor-Elect Dunleavy for his selection. Congratulations Jason!