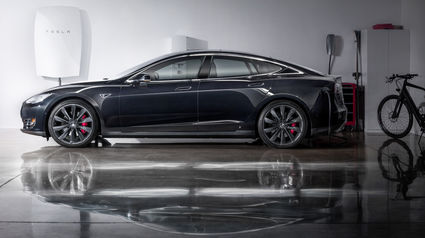 The rising popularity of electric vehicles and the growing number of electrical storage units is driving unprecedented demand for materials that go into lithium-ion batteries such as graphite, lithium, cobalt and nickel.

He who controls battery metals and the evolving energy storage technology controls the world of industrial power in the 21st century auto and energy storage industries. This is the message Benchmark Mineral Intelligence Managing Director Simon Moores delivered to the U.S. Senate Energy and Natural Resources Committee.

Moores, a global authority on lithium-ion batteries and the metals that go into them, was invited to testify by Senate Energy and Natural Resources Chair Lisa Murkowski, R-Alaska.

He said the growing number of electric vehicles hitting the markets, coupled with an increasing demand for electric storage for other uses, is driving unprecedented growth for lithium-ion batteries and the four key materials that go into them – graphite, lithium, cobalt and nickel.

The United States is currently heavily dependent on imports for all four of these materials and risks being left behind as traditional petro-fueled automobiles give way to a future dominated by battery powered electric vehicles.

"We are in the midst of a global battery arms race in which the U.S. is presently a bystander," he penned in a written testimony to the resources committee.

While lithium and cobalt have grabbed the bulk of the attention when it comes to materials needed for lithium-ion batteries, graphite is the single largest ingredient in these cells.

Graphite serves as the anode in lithium-ion batteries.

According to Benchmark Mineral Intelligence, roughly 194,160 metric tons of graphite went into batteries last year and the research firm sees this demand growing exponentially over the next decade.

Based on the number of "megafactories" being built or proposed to be developed to meet the growing lithium-ion battery demand, Benchmark estimates that the demand for graphite needed for the anodes of these batteries to be 1.75 million metric tons by 2028, roughly nine times 2017 levels.

Currently, the United States is fully reliant on foreign countries for its supply of this battery ingredient.

According to "Mineral Commodity Summaries 2018," an annual report by the U.S. Geological Survey, the U.S. imported roughly 39,500 metric tons of graphite to meet its domestic needs.

China grabs lithium, US stands by

Lithium is the second largest ingredient in the batteries that bear its name.

Benchmark calculates that 162,752 metric tons of lithium was used in rechargeable batteries during 2017. This usage is expected to increase eight-fold to 1.57 million metric tons by 2028.

One small mine in Nevada was America's only domestic lithium producer, leaving 92 percent of supply coming from imports.

Unlike many of the other materials, China does not have an abundance of lithium deposits. Two major Chinese mining companies – Ganfeng Lithium and Tianqi Lithium – have been busy locking up some of the best lithium assets outside of the Middle Kingdom.

In the meantime, U.S.-based companies have stood by.

"U.S. companies have had the opportunity to lock up international lithium resources for the last decade but hesitated while Chinese producers invested," Moores inked in his testimony.

He said, however, there are a number of opportunities to produce lithium domestically.

Smackover in Southern Arkansas, Piedmont in North Carolina, Silver Peak in Nevada and Salton Sea in California are among the lithium-rich areas that could provide domestic sources of this critical battery ingredient.

Moores said institutional lithium investors have shied away from investing in these assets in favor of assets outside of the country that would likely provide quicker returns.

"Outside of these typical finance providers, industry stakeholders are another potential funding source – lithium producers, battery makers, and car manufacturers are the most likely candidates," he wrote. "But to date, these major corporations have been risk averse and more concerned about share price and shareholder value than longer-term investments set to benefit the health of the U.S. supply chain."

Like graphite, the U.S. is 100 percent dependent on other countries for its supply of cobalt, a key ingredient in the cathodes of the lithium-ion batteries.

"Cobalt is a critical safety component of the lithium-ion battery, and while auto makers are seeking to reduce their consumption of this mineral, it is our opinion that cobalt will not be engineered out of a lithium-ion battery in the foreseeable future," Moores penned in his testimony to the Senate natural resources committee.

In this capacity about 54,354 metric tons of cobalt went into lithium-ion batteries in 2017. This battery demand for cobalt is expected to climb to 276,401 metric tons by 2028. While not as sharp a climb as graphite, this marks a four-fold rise in just a decade.

According to Benchmark, the Democratic Republic of Congo, a country that is considered politically and socially unstable, supplied 69 percent of the world's new cobalt supply in 2018.

Amnesty International is putting pressure on car companies using cobalt from DRC, due to the human rights abuses it has identified in the African country.

"As demand for rechargeable batteries grows, companies have a responsibility to prove that they are not profiting from the misery of miners working in terrible conditions in the DRC," said Seema Joshi, head of business and human rights, Amnesty International. "The energy solutions of the future must not be built on human rights abuses."

This pressure on automakers could help push for domestic cobalt sources.

The Idaho cobalt belt, a cobalt-rich area of the Pacific Northwest, and the Bornite deposit on Trilogy Metal Inc.'s Upper Kobuk Mineral Projects in Northwest Alaska are potential future sources of this metal.

When it comes to pure growth, nickel is set to be the biggest benefactor when it comes to usage in lithium-ion batteries. This is due to the expected use of nickel to replace some of the cobalt used in batteries.

"The move to what the industry calls high-nickel cathodes or NCM811 (eight parts nickel, one part cobalt, one part manganese) is set to put significant pressure on the nickel to EV battery supply chain," according to Benchmark.

As a result, the amount of nickel used in the cathodes of lithium-ion batteries is expected to increase a staggering 19 times over the next decade – from 48,584 metric tons in 2017 to an estimated 928,018 metric tons by 2028.

Considering global nickel miners currently produce 2.2 million metric tons per year, this will be a significant addition to world markets.

"Nickel's use in lithium-ion batteries accounted for 85,000 tonnes (metric tons) in 2018 yet this was only 4 percent of total nickel demand. However, nickel demand from EV batteries is set to grow by between 30-40 percent a year, making it the fastest growing battery raw material," Moores wrote.

One mine in the United States produced an estimated 23,000 metric tons of nickel in 2017 and another 90,000 metric tons was recovered through recycling. This accounts for about half of the nickel consumed in the U.S. that year.

Indonesia and Philippines, however, are the world's largest nickel producers, accounting for 43 percent of global supply.

Much like it is doing with lithium, however, China is making investments to ensure it can source nickel from these countries.

"China is investing heavily in both Indonesia and the Philippines to guarantee its supply of nickel and related products used in the battery industry such as mixed nickel-cobalt hydroxide and nickel sulfide," Moores wrote.

Those who control raw materials

Moores' main message for the members of the Senate Energy and Natural Resources Committee is the United States can not afford to be bystanders as countries vie for sources of the graphite, lithium, cobalt and nickel that goes into them.

So far, however, Tesla Motors and its Gigafactory, a massive facility in Nevada that is expected to produce enough lithium-ion batteries to power 500,000 electric vehicles coming off Tesla assembly-lines each year, are America's only real toehold in this emerging sector.

He believes the United States needs to do more to encourage other lithium-ion battery facilities and the materials that go into them if it does not want to be left behind as electric vehicles take a more dominant role on global highways.