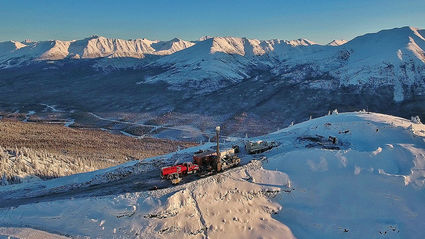 The winter 2016-17 drill program at 3 Aces confirmed high-grade gold mineralization at Ace of Hearts, one of several veins discovered in the central core area of this road-accessible project in southeastern Yukon.

Golden Predator Mining Corp. Jan. 21 reported that its 2018 drill program in the central core area of the 3 Aces Project in southeast Yukon confirm that the high-grade gold structures outcropping at Hearts Zone extend to depth.

All seven holes drilled at Hearts Zone cut the structures where they were expected – 200 and 500 meters down-dip from the discovery outcrop – intersecting localized...