What if they closed the government?

Mr. Trump and Mrs. Pelosi have a difference of opinion which may alter the national conversation about the role of the states 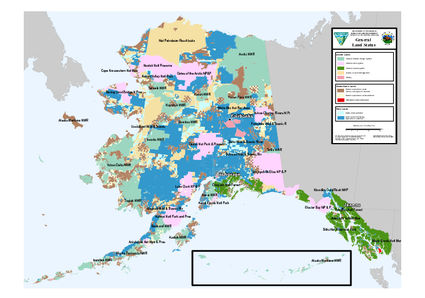 As you have heard by now, a large segment of the federal government has been furloughed over some sort of a squabble between the Leader of the Free World and the newly-elected Speaker of the House of Representatives. If one were to read the Amazon (aka Washington) Post, one would infer that the sky was falling on top of the rising seas, and that in about a thousand years it will make a big splash.

On the other hand, since we always send our brightest and best to the District of Columbia, certainly the way will be found to reconcile the inscrutable differences between the left and the right, to unscramble the eggs of government and to bring everything back to equipoise, if not normalcy.

For miners on federal land in Alaska, there undoubtedly will be delays in getting routine paperwork processed. Those delays will result in difficult decisions having to be made – to operate this season without permission or to wait for the government to do its thing. Likewise, for State of Alaska claim-holders, if there are permits which require some level of federal consent, there will also be interruptions.

The crystal ball consensus is that the federal shut-down may last for months or even years. If that proves to be the case, most people won't have the patience, or the wherewithal, to hang on. Instead, it is quite likely that some folks will intentionally violate the law.

The test is whether the White House acknowledges that it is under siege. If that reality happens to sink in, perhaps POTUS will consider an Executive Order extending all permits that were active and in good standing when the various permitting agencies were shuttered to be automatically extended on the same terms and conditions for one year beyond when the various offices re-open.

Without intending to understate the seriousness of the shutdown – an immense number of people are dependent on the government for salaries and contracts, not to mention direct support for medical services, food and shelter – it is reasonably clear that like a leaky bucket, when the government is out to lunch it cannot be effective for very long. Numerous security matters must be attended to. The Coast Guard cannot operate long without funds; the secret service, airport security and the border patrol are all working without pay. The federal courts are not even considering civil matters to which the United States is a party. The National Park service isn't even getting its trash collected.

It is said that in every crisis, there is an opportunity, and I do not think that this crisis is an exception, at least for Alaska. Perhaps we have a real opportunity to build on this interregnum in a beneficial way.

Many Alaskans have long groaned under the burden of federal oversight, especially in the world of resource development. Now would be an ideal time for our State leaders to identify the functions that Alaska could do as well as, if not better than, the federal government and start the process of inserting ourselves into that picture.

I think first of land management. Of the two hundred million acres of land in the State of Alaska now under federal oversight, wouldn't it make much more sense to simply demand jurisdiction over the public domain, the forests, the parks and the refuges, make the federal land managers state employees, and put them back to work at their existing desks implementing policies developed in Juneau?

Financial considerations to the contrary notwithstanding, Alaska is a resource province and the unfettered ability to develop our own resources on our own schedule would represent a huge financial opportunity. Our governor has declared the State to be open for business and the bickering in the nation's capital posits the opportunity to convert opportunity into reality.

Presumably most federal employees would prefer to work for the State if the alternative is not working at all. Surely, we have the resources to look after the large preponderance, if not all, of those who now depend on the federal government for direct services.

My guess is that there are proponents of shaking off the federal mantle across the West, if not throughout the entire nation. Alaska has the greatest land mass at stake; but many of our state's problems are shared at some level by our sister states. Revolution does not have to be confrontational. All it takes is two strong-willed leaders with opposing points of view to make a national revolution into a broadly beneficial evolution and a State that is willing to pick up the big pieces.