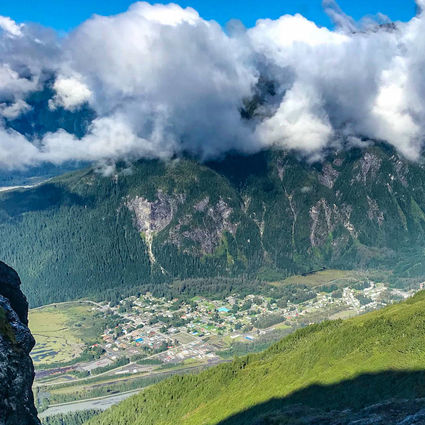 Established by prospectors in the early 1900s, Stewart has long served as a hub for mining in northern British Columbia. An explosion of mineral exploration and mine development activity could spur a renaissance for this town at the southern tip of the northern B.C.'s famed Golden Triangle.

Northern British Columbia is known for its remote and rugged towns and few places can match that description as well as Stewart, a community at the southern tip of the province's famed Golden Triangle with deep mining roots.

Located just across the border from the Southeast Alaska panhandle and at the head of what is called the Portland Canal, this town was built on the backs of pioneers and has retained much of its frontier history.

Originally the land around Stewart was the hunting grounds for the Nisga'a, the First Nations people who have lived in Nass River valley from which the name of their people derive.

The Portland Canal at the mouth of the Salmon River, was first explored by westerners in 1793 but it wasn't until almost a hundred years later that the first settlers arrived.

Prospectors on their way to the Klondike began to seek out claims around what is now Stewart around the turn of the 20th Century.

This inevitably established a foundation that would forever change the lives of thousands and paved the way of success for generations to come.

Stewart is now once again showing itself as a most ideal location for mining and is set to become one of the world's foremost gold mining districts. Because of this foundation, the potential has held firm with the heritage and efforts of its residents and families.

While Stewart is small now, which population-wise would be compared to just a village, it has a rich history and continues to be a valuable location at the southern tip of what is famously known as the Golden Triangle.

As a mining town, Stewart got its start in 1902, when brothers Robert and John Stewart sought their fortunes from the claims they staked over the gold- and silver-rich mountains. Remaining in the area, the townsite had been established and in no less than three years had 'Stewart' been officially recognized by the Dominion Government and its first post office been built.

Gold and silver mining dominated the early economy, further spurred by the discovery of rich silver veins in nearby Hyder, Alaska.

Stewart quickly grew to a lively mining town of nearly 10,000 people prior to World War I.

At the onset of the first Great War, however, the emerging northern B.C. city experienced a mass exodus and by 1917 the once bustling hub dwindled to only 52 people.

Yet the boom came once again and in 1919 silver and gold veins were discovered at Premier Mine about 29 kilometers (18 miles) north of Stewart. Over the years, this mine produced upwards of 2 million ounces of gold and allowed Stewart to make its way through the Great Depression.

In the 1960s the Granduc Copper mine employed hundreds and operated for twenty years, this prosperity connected Stewart to the highway and later to the B.C. hydro grid.

The peaks and valleys continued and in the late 1980s the Eskay Creek deposit had been developed after a rich gold vein was discovered. Eskay Creek was considered one of the world's richest gold-silver mines so Stewart would once again see a literal "golden age."

The discovery of Eskay Creek prompted a further exploration and staking rush which led to the eventual finding of mineral deposits at a claim called Red Mountain.

John McLeod, a Scottish immigrant that joined the influx of people after World War I is a prime example of the strong heritage that has continued to represent Stewart to this day.

His legacy would go on to affect the future of the area through his family, whose spirit runs as deep as the many mines they have been involved with.

Ian McLeod, the eldest of four, and his brother Don McLeod would carry on this legacy.

Born in Stewart in 1927, Ian served in the Canadian army during World War II. After his discharge, he spent the late 1940s and early 1950s working as a miner and shift boss throughout British Colombia and the Yukon. For half a century he owned and operated the King Edward Hotel and also dutifully performed as the mayor of Stewart for over 15 years.

Drawing from his experience as a miner and resource development leader in northern B.C. Ian wrote "Prospectors, promoters and hard rock miners," a book focused on the pioneers of Stewart and Hyder.

Don, born 1928, was also a leading figure and was once responsible for managing Premier Mine, one of the richest gold mines in Canada.

Later investing into his own company, Northair Mines, Don took a promising property near Squamish, a town north of Vancouver, from grassroots to full production in three years. During its seven-year life, the 'Brandywine Falls Mine' produced more than $70 million worth of gold, silver, lead and zinc. Other mines followed as Don built his Northair Group of companies into one of Vancouver's leading juniors.

It is plain to see the strong lineage that the McLeod family has led in this quaint place and even still the enterprise has been passed on to their children. Ian's son Rob McLeod and Don's children Bruce McLeod and Catherine McLeod-Seltzer all became eminent mining entrepreneurs.

With so much history and heritage it can be hard to imagine such a place going from nearly 10,000 residents to 1/20th the size but a lot can happen in a century and Stewart is a testament to the transience of mining.

True to the enduring spirit of Stewart and the McLeod family, Rob is spearheading what he hopes will be a new renaissance for his hometown.

After earning a geology degree from the University of British Columbia, with a masters in mineral exploration from Queens University, Rob spent the better part of two decades applying his geological acumen to exploring mineral properties in Alaska, Yukon and Nunavut.

Now as the president and CEO of IDM Mining Ltd., a mineral exploration company renamed in honor of his late father and uncle, Rob hopes to revitalize his home and provide jobs and a flourishing economy to the historic district.

This vision centers largely on Red Mountain, a gold-silver project that IDM Mining has advanced to the mine development stage and the Premier Mine where his grandfather, father, uncle and even Rob worked at for a stint following college.

Red Mountain, situated about 15 kilometers (nine miles) northeast of Stewart, is nearing the end of the permitting process and arguably the most advanced gold mine project in the region.

A 2017 feasibility study details plans for a 1,045-metric-ton-per-day mill to process high-grade ore from the Red Mountain underground mine that is expected to average roughly 78,800 oz of gold and 228,800 oz of silver annually over an initial six-year mine-life.

The outpouring of local support for the provincial permits needed to build this mine is a testament to Rob's vision for Stewart and his family's legacy – a heritage that has gained the respect of the Nisga'a Nation, the First Nations people of the region.

"Over 50 years ago, IDM's President and CEO, Rob McLeod's father and former mayor of Stewart, Ian McLeod, campaigned for Nisga'a politician Frank Calder, helping to elect the first Native to any legislature in Canada. The Nisga'a Nation looks forward to working together with Rob and IDM Mining for the benefit of all northerners," said Nisga'a Lisims Government Chairperson Brian Tait.

Stewart's mayor also reflected on Ian and his contributions to the town's rich mining history when the Red Mountain provincial permits were issued.

"I am happy with this decision, which will see significant jobs and business opportunities along with appropriate safeguards to protect and support our community," Stewart Mayor Gina McKay said, upon the issuance of provincial permits for Red Mountain. "Stewart is a mining town supported by deep family roots; Rob's dad is looking down on us and smiling, knowing that underground miners and their families will be back in town and going to work every day at Red Mountain."

Stewart miners may also be going back to work at Premier, the mine that has employed three generations of McLeods.

While the original Premier Mine closed in 1952, a more modern operation since has been established on this prolific gold-silver property.

Today, Ascot Resources Ltd. hopes to use the mill, assay lab, crusher, tailing storage area and underground workings established by Westin Resources during its operation of Premier from 1991 until 2001.

On March 28, Ascot and IDM Mining completed a merger that creates a premier mine development and exploration company with two high-grade gold-silver mine projects near Stewart.

"The acquisition of IDM bolsters our goal of creating a company with multiple high-quality, high-grade gold resources based near existing infrastructure and the town of Stewart, British Columbia, at the southern end of the Golden Triangle," said White.

For Rob, who will serve as a technical advisor to the new Ascot Resources, this merger furthers his vision of a new mining era for his hometown.

"The ... combined company hosts the best exploration ground for further high-grade discoveries in the Golden Triangle," said McLeod "I look forward to the revitalization of my hometown of Stewart to support multiple operations and for the growth of mining as a cornerstone industry for my Nisga'a friends."

The once booming town turned quiet village may once again be on the verge of heights it has come close to over the past century – possibly a height as great as the initial gold and silver rush that drew nearly 10,000 people to this frontier town at the dawn of the 20th Century. 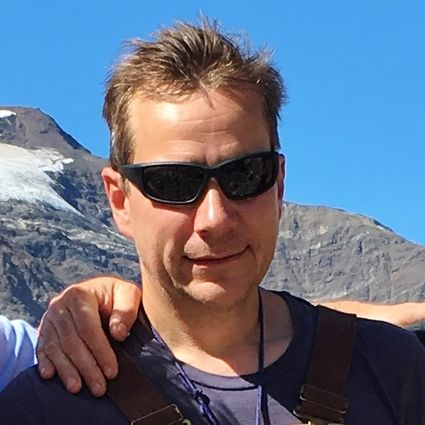