Kensington down, Silvertip up during Q1 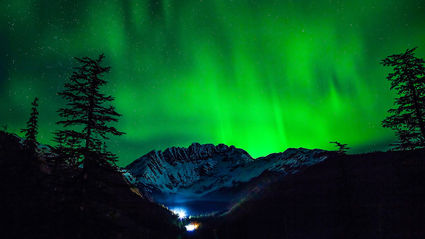 The northern lights illuminate the sky at Coeur Mining's Kensington gold mine in Southeast Alaska.

Coeur Mining Inc. April 11 reported a dip in gold production at its Kensington Mine in Southeast Alaska and an increase in silver, zinc and lead production at the Silvertip Mine in northern British Columbia.

Kensington produced 29,973 ounces of gold during the first quarter of this year, which is down 15 percent from the 35,335 oz recovered at the Southeast Alaska mine during the previous quart...