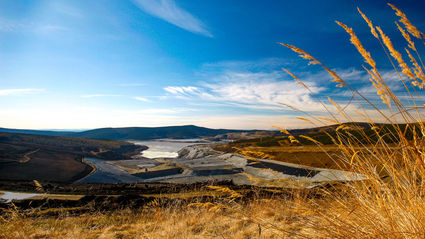 The Walter Creek Heap Leach pad at Kinross Gold's Fort Knox Mine in 2010. Today, the company has begun work on a new heap leach pad to accommodate the ore mined from the Gilmore expansion at this gold operation in Interior Alaska.

Kinross Gold Corp. May 7 reported that the Fort Knox Mine in Interior Alaska produced 37,613 ounces of gold during the first three months of 2019, less than half the 79,928 oz of gold produced during the same period last year.

The lower production resulted in a significant rise in costs at this open-pit operation about 25 miles north of Fairbanks. The cost for each ounce of gold sold during the...