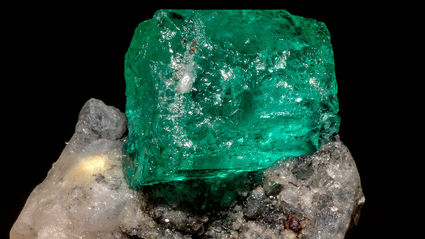 In addition to being a critical aerospace metal, beryllium is a vital element in numerous gemstones such as this emerald.

Roughly 78 percent of the United States' beryllium needs are met by domestic mine production, making it unique among the 35 minerals and metals that have been listed as critical to America. While the U.S. Geological Survey's definition does not state that America must be net import-reliant on a mineral or metal for it to be considered critical, this is a common thread among most of the other 34 on the list.

Among the lightest and stiffest of the metals, beryllium has unique and oftentimes irreplaceable characteristics needed by the aerospace, defense, and nuclear sectors – properties that weigh in on the metal's criticality.

"High-purity beryllium metal is classified as a strategic and critical material by the Strategic Materials Protection Board of the U.S. Department of Defense because it is used in products that are vital to national security," the USGS penned in a 2017 report on critical minerals. "The DOD is required by the board to continue to take special actions to maintain a long-term domestic supply because domestic beryllium production capabilities have diminished over time."

The beryllium-rich tin deposits found on Alaska's Seward Peninsula could provide a future domestic source of this and a host of other critical minerals for decades.

Pound-for-pound, beryllium is six times stiffer than steel. Coupled with the ability to maintain its shape across a wide range of temperatures, this critical metal has a number of aerospace and military applications, especially where lightweight and precision are a must.

"Because the cost of beryllium is high compared with that of other materials, it is used in applications in which its properties are crucial," the USGS wrote.

One such use is in the construction of the mirrors on the James Webb Space Telescope, the successor to the Hubble Telescope, which is scheduled to be put into orbit about 1 million miles above Earth in 2021.

The primary mirror of the Webb Telescope contains 18 hexagonal segments, each 4.3 feet across, that must maintain their exact shape even at temperatures of -400 degrees Fahrenheit. The gold-plated mirrors built for this next generation telescope take advantage of beryllium traits to accomplish this task, which will allow scientists to see further into time and space than ever before.

Another important attribute of beryllium is this metal is almost transparent to x-rays. This property makes beryllium foil an ideal material to use for windows in x-ray and other radiation machines; and beryllium metal and beryllium oxide are used to control fission reactions.

The largest use for this temperature resistant metal, however, is in beryllium-copper alloys, which accounts for roughly 80 percent of U.S. consumption.

Strong, hard, and nonmagnetic; good conductors of electricity and heat; and resistant to corrosion and fatigue, beryllium alloys are used in connectors, springs, switches, and other electronic components.

The USGS estimates that roughly 220 metric tons of beryllium, at an apparent market value of US$110 million, was consumed in the United States during 2018. 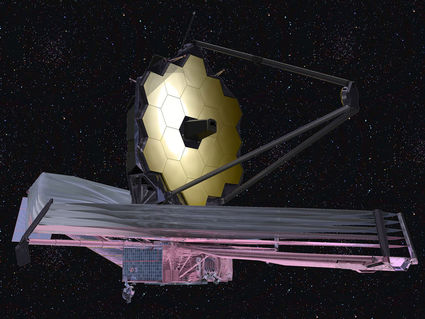 With the ability to maintain its shape across a wide range of temperatures, beryllium was used in the construction of the Webb Telescope .

While the Lost River area on Alaska's Seward Peninsula is widely renowned for its rich tin potential, the same deposits rich in this alloy metal also host beryllium and more than a dozen other metals considered critical to the United States.

According to the 2017 USGS report on critical minerals, the Lost River area hosts 10,000 to 57,500 short tons of beryllium in 3 million metric tons of historical resource averaging 0.3 to 1.75 percent beryllium.

A USGS study completed in 1997, the Lost River lode deposit, itself, hosts roughly 4,500 tons of beryllium, along with tin, fluorite and tungsten.

"Tin and fluorspar could possibly be produced as coproducts, along with tungsten and possibly beryllium as byproducts, if a mine can operate profitably in that remote location and extreme climate," USGS wrote about Lost River in its 2017 critical minerals report.

Interesting quantities of beryllium, fluorspar, niobium, tantalum and tungsten have also been identified at Kougarok, a promising lode tin deposit about 90 miles east of Lost River.