China's strategy to control the lifeblood of US high-tech sector 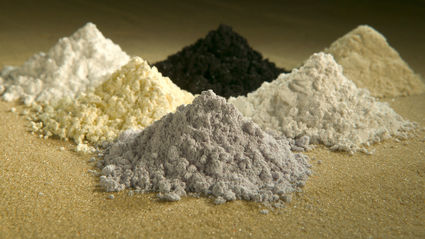 China has a near monopoly on the processing of the 17 rare earth elements that are increasingly important to a growing number of high-technology applications. Clockwise from top center: praseodymium, cerium, lanthanum, neodymium, samarium, and gadolinium.

When it comes to rare earths, China has a strategy that goes beyond using these high-tech elements as ammunition for the next salvo in a trade war with the United States.

This strategy, which was set into motion around 1980, involves gaining an advantage in high-tech manufacturing by controlling the first three links of the rare earth element supply chain – mining, processing and value-added manufacturing.

Over the ensuing four decades, the Middle Kingdom has gained a near monopoly over the global rare earth market.

"China has been the leading producer of REEs for decades and since the late 1990s it has accounted for more than 90 percent of global production, on average," the United States Geological Survey penned in a 2018 report on minerals critical to the United States.

When it comes to raw materials, the rare earths market is miniscule in relation to the American and Chinese economies.

According to the U.S. Geological Survey, the United States imported US$137 million worth of rare earths metals and compounds during 2017. This is less than 1 percent of the value of the US$13.9 billion of soybeans America shipped to China that same year.

On the surface, this would make rare earths the "knife to a gunfight" of trade war weapons. Yet, China President Xi Jinping's thinly veiled warning that the Middle Kingdom may restrict exports of rare earths during a May 20 visit to a high-tech rare earth magnetic materials facility in East China's Jiangxi province nabbed headline stories at nearly every major news outlet in the United States.

The seemingly outsized response is because the 17 closely related rare earth elements are the spices of modern high-tech, green energy and military hardware. Just like a little salt, garlic and red pepper transforms tofu from bland to spicy, a dash of rare earths makes modern devices smaller, more powerful and versatile than ever.

Rare earth magnets, such as those produced at the 284-acre facility visited by President Xi, allow headphones small enough to fit into your ear to deliver high-fidelity sound; smartphones to vibrate; Tesla cars to travel 250 miles between charges; wind turbines to delivery electricity more efficiently; and magnetic resonance imaging (MRI) to create detailed images of organs and tissues for medical diagnostics.

Other rare earths make color televisions and monitors possible; add strength and hardness to lightweight alloys used by the aerospace sector; and enhance lasers used for a wide variety of purposes, from removing tattoos to guiding precision munitions.

This is a small sampling of the growing number of modern applications that are spiced by rare earths.

These end uses are where China leverages rare earths into a headline grabbing weapon in the escalating Sino-America trade war and is the foundation of a four-decades strategy that is likely to continue long past the current news cycle.

"It will take many years if the US wants to rebuild its rare-earth industry and increase its domestic supply to reduce its dependence on China's minerals," Global Times, a newspaper focused on Chinese government views on international events, penned in a recent article. "That's long enough for China to win a trade war against the US, during which time China's monopoly on the production of rare earths will help Beijing control the lifeblood of the US high-technology sector."

While this passage could be viewed as propaganda, Beijing has a strong enough grip on the sector to make life difficult for companies trying to establish rare earth mines and processing facilities outside of China.

Just as easily as it can shut off the tap on rare earth exports, Beijing can flood the market with the tech metals – which, in turn, can cause dramatic shifts in the price of rare earths and the financial wherewithal of companies trying to develop mines and processing facilities outside of China.

The Mountain Pass Mine in California's Mojave Desert has been the victim of the price fluctuations caused by the ebb and flow of China rare earth exports.

Mountain Pass rose as the dominate supplier of rare earths in the 1960s, a position the mine held until China set its rare earths strategy into motion. By 2002, the Mountain Pass Mine shuttered, due to competition from China and increased environmental restrictions.

In 2010, Molycorp announced plans to re-open Mountain Pass, providing the U.S. with a domestic REE supply.

This plan was bolstered by China's decision to restrict exports of rare earths due to a dispute with Japan, sending the price of these elements skyrocketing.

For example, europium oxide rose from US$475 per kilogram in 2008 to a peak of US$3,800 in 2011. Today, this mineral used as a red phosphor in televisions has fallen to about US$230/kg earlier this year. Most of the rare earth oxides – including dysprosium, terbium and neodymium – followed similar tracks.

Likewise, Molycorp stock rocketed from around US$10 per share in April 2009 to US$74 a share one year later. By 2015, stock in the American rare earth miner had plummeted to less than US10 cents per share and the company was forced to file for Chapter 11 Bankruptcy.

One rare earths expert contends that Molycorp's troubles were largely a product of dumping too much money into restarting the California rare earth mine and not enough into the needed supply chain infrastructure.

"The fundamental reason for the failure of Molycorp has been its business model's lack of recognition of the fact that China's success in monopolizing the rare earth space is due entirely to its constructing a total domestic rare earth supply chain feeding into the huge Chinese domestic end user manufacturing industry," Jack Lifton, a technologies metals consultant, wrote at the time.

The rise and fall of Molycorp was a common theme for REE-focused companies around the globe. For China, this provided an opportunity to acquire assets outside of its borders.

A Chinese state-owned mining company made a bid to by controlling interest in Lynas Corp., which mines rare earths in Australia and owns the only REE processing facility outside of China. Australia's Foreign Investment Review Board, however, stepped in and stopped the deal, citing concerns that the purchase could result in restricted supplies to non-Chinese buyers.

China-based Shenghe Resources Holding Co. did nab a minority holding in MP Materials, a company that arose from the ashes of Molycorp and resumed operations at Mountain Pass last year.

While MP Materials has restarted rare earth production on American soil, the Mountain Pass REE concentrates are still shipped to China to be separated into the individual rare earths that can be used to make smartphones smarter, wind turbines more efficient, electric vehicles travel further and guided missiles to hit their mark.

Given this near monopoly on rare earth processing, China's not-so-veiled threat of restricting REE exports has already sent prices rising. If Beijing follows up on this warning with restrictions when it next announces export quotas, it is expected rare earth prices will increase sharply.

This could provide an opportunity for companies to establish rare earth mines and processing facilities outside of China. However, it will likely take careful investment strategies and government support to ensure these mines and facilities can compete when the trade war ends and China once again supplies the world with inexpensive rare earths.

Otherwise, China may have the opportunity to acquire more REE assets outside of its borders, further strengthening its long-march strategy to dominate the rare earths market and "control the lifeblood of the US high-technology sector."