Kimberlite discovery at Gahcho Kué Mine 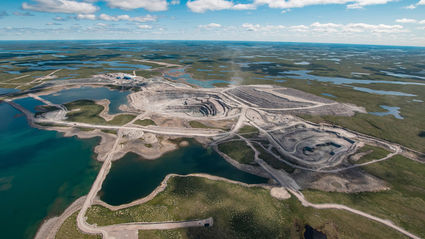 The newly discovered Wilson kimberlite is under the lake to the left of the large 5034 pipe being mined in the large open-pit in the photo.

Mountain Province Diamonds Inc. July 11 announced the discovery of a new kimberlite roughly 200 meters east of the planned open pit mining area for the Tuzo kimberlite on the Gahcho Kué Mine property in Northwest Territories.

Named after Alice Evelyn Wilson (1881-1964), who is officially recognized as Canada's first female geologist, Wilson is the first kimberlite discovered on Mountain Provin...