REE project could see output in 2020 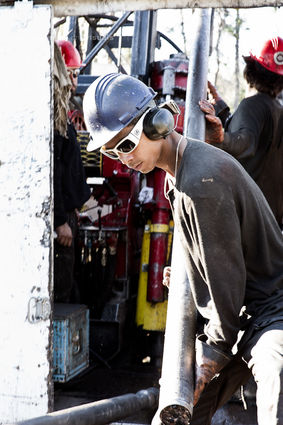 An employee of Foraco empties the core tube from drilling the rare earth-enriched deposits at Avalon Advanced Materials' Nechalacho project in Northwest Territories.

Demand for rare earth elements, along with lithium minerals, tin and other critical materials, is outstripping the rate of growth of new supply. This is creating opportunities for new producers to emerge and fill looming supply deficits, which is good news for Canada's aspiring REE producers, especially developers of small-scale initial production facilities with capacity for future expansion.

As of 2017, Canada ranked sixth among countries believed to have the largest concentrations of REE resources worldwide. Exploration activity across the country, meanwhile, has intensified during the past decade, resulting in numerous individual exploration projects now underway at various stages of development in Canada.

Our northern neighbor currently hosts 20 of the world's 63 advanced REEs projects tracked by Technology Metals Research, a company focused on markets and analysis of critical and strategic materials such as rare earth minerals.

Yet in Canada's far north, few explorers are seeking or developing REE deposits. Of six significantly advanced REE projects across Canada with greater than 20 percent concentrations of heavy REE, only one, Nechalacho rare earth element project, is located north of the 60th parallel.

Three of the remaining five REE projects are located in Quebec (including one deposit across Hudson Bay from Nunavut), one in Alberta and one in Labrador/Newfoundland.

The project's developer, Avalon Advanced Materials Inc., reported June 24 that terms of a deal it struck in January with Australian junior Cheetah Resources Pty Ltd., has been finalized and could lead to startup of small-scale production of rare earth elements from Nechalacho in 2020.

Under terms of the agreement, Cheetah will acquire ownership of mineral resources at Nechalacho from surface to a depth of 150 meters above sea level, or about 100 meters below surface (principally the T-Zone and Tardiff zones), along with technical information related to the property, for C$5 million in cash. Avalon will retain ownership of and access to the property's deeper resources (below a depth of 150 meters above sea level) in the Basal Zone for exploration, development and mining purposes. The junior reported on these deeper resources in a 2013 feasibility study.

Cheetah paid Avalon a C$200,000 deposit in January. The balance of the cash consideration will be paid incrementally, with the next payment of C$1.5 million due on June 30.

Cheetah will use Avalon's existing infrastructure on the property for development, and Avalon will provide management services to Cheetah specifically related to the development of the T-Zone and Tardiff zones, including geological, environmental and indigenous community relations work.

The transaction also grants Cheetah the option to purchase Avalon's option in a third party-owned 2 percent net smelter royalty over certain mining leases of the property for a payment of C$1.5 million provided that, upon exercising the option, Cheetah extinguishes this royalty. Avalon also agreed to waive its 3 percent net smelter royalty (over the same mining leases), for the first five years of commercial production and to grant Cheetah the option to pay Avalon C$2 million within eight years of the transaction closing to extend the waiver of Avalon's royalty in perpetuity.

The transaction is expected to close within 120 days of signing the agreement and is subject to other conditions including completion of due diligence.

"Once established as a reliable long-term source of the magnet rare earths, the business can grow to establish a new North American supply chain of these critical materials. With China now controlling at least 80 percent of global rare earth supply, and threatening to restrict exports, new domestic supply chains to serve the North American market must be created to reduce reliance on supplies of rare earths from China," he added.

The company also said it will begin working with indigenous partners toward creating new business relationships that will maximize economic opportunities for local First Nations communities.

"Cheetah shares our values on sustainability in mineral development and our vision for this model representing the future of critical materials mineral production globally," Bubar said. "This will provide an opportunity for the Northwest Territories and Canada to take advantage of the vast, untapped specialty minerals wealth in the North to become global leaders in the sustainable development of new critical materials supply chains. Our local indigenous partners will have the opportunity to become the leaders of this new business opportunity and share in the wealth created."

"Our territory is home to many of the minerals that will fuel the global green economy, including cobalt, gold, lithium, bismuth, and rare earth elements. The makers of batteries, solar panels, wind turbines, hand-held electronics and computers rely on these minerals to make their products more efficient," Schumann said.

Having finalized the pact, the companies intend to complete the permitting process in parallel with a detailed work program so that production can begin in 2020. This includes preparing a new block model from historical data for the T-Zone resources and initial test work on the application of ore-sorting technology on the North T neodymium- praseodymium-rich mineralization. Resampling and analysis of select samples of archived drill core collected last fall confirmed the high neodymium-praseodymium grades in the F-subzone. For example, a 2.59-meter core length of hole 84-77 averaged 9 percent total rare earth oxides, including 2.8 percent neodymium- praseodymium oxide.

Central to achieving this goal is confirming the appropriate ore-sorting technology to be applied to the simple bastnaesite-quartz mineralogy of the T-Zone rare earth mineral resources to sustainably extract neodymium and praseodymium.

Avalon said this summer's work will include drilling to confirm the near-surface resource and further tests to define the optimal rare earth extraction process for the T-Zone rare earth mineral (bastnaesite) concentrates.

Elsewhere in the far north, rare earth potential has been confirmed on Forum Energy Metals Corp.'s (formerly Forum Uranium Corp.) North Thelon project in Nunavut. However, NUMIN, the territory's geoscience agency, has reports of only two REE showings in Canada's far eastern territory and those are associated with uranium-thorium, according to a Nunavut spokesman.

In addition, Forum discovered rare earths 50-60 kilometers (32-38 miles) west of Baker Lake in 2011. Forum identified concentrations of up to 7.4 percent REE oxides in a grab sample and up to 3.8 percent in drill core at its Nutaaq property.

Since 2011, no further exploration of these showings has been reported.

"They are uncommon deposits and so far in Nunavut the geology is not particularly favorable to that kind of mineralization/enrichment – except around a few uranium mineralization occurrences where they seem to co-locate. The Nutaaq property find may be the most promising geological host for these elements in Nunavut to date," Matthew Illaszewicz, manager of communications for the Nunavut Department of Economic Development and Transportation, told Mining News. 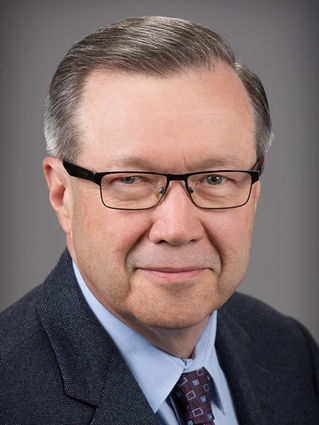