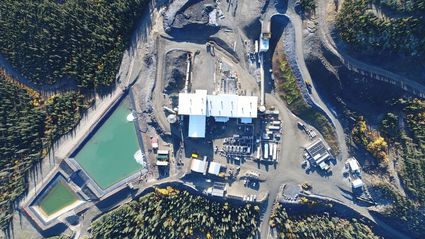 An aerial view of Silvertip Mine in northern British Columbia. Increasing the production of silver, zinc and lead at this high-grade operation is a top 2019 initiative for Coeur Mining.

Since achieving commercial production at its newly acquired Silvertip Mine last September, Coeur has been focused on increasing throughput, recoveries and gra...