Federal permitting delays are a scandal 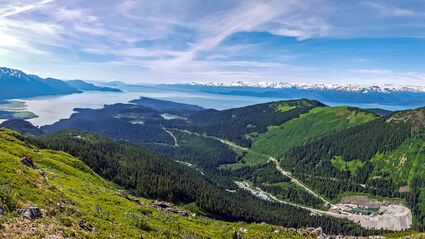 Coeur Mining's Kensington gold mine in Southeast Alaska. It took nearly two decades of permitting and an arduous court battle settled in the U.S. Supreme Court before Coeur could secure the 90 state, federal and local permits required to put this mine in operation.

It is no secret that much of the western United States was built on the back of natural resources found on federal land or within adjacent federal waters. Likewise, it is no secret that prior to 1964, resource development companies, and many other productive industries, externalized the cost of doing business by discharging often toxic waste into the adjacent environment without regard to the p...

In addition to the infiltration of the regulatory ranks with advocacy bureaucrats, they have created a growing wall of paperwork that is overwhelming the ability of these bureaucrats to process in a timely manner. It used to be that I could submit an application for a USACE Individual Permit for a relatively small-scale placer operation and go through the complete process of public notice and comment and final draft & signature in about four months. Today, this same project and same process will take at least a year and I know of at least one case where the regulators have dragged this out over three years... and this project has yet to even go to public notice! This is poor governance. In fact, it is a failure of governance.