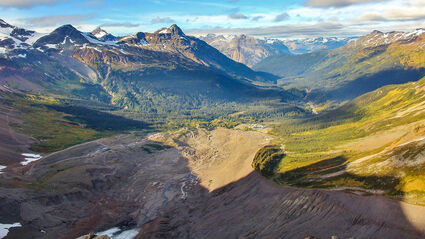 Teck and Newmont completed roughly 18,000 meters of drilling this year at the Galore Creek copper project in northwestern British Columbia.

The renewed and increased activities at Galore Creek follows Newmont Mining's 2018 acquisition of Novagold Resources Inc.'s 50 percent interest in this world-class mine project in northwestern B.C. As a result, Teck and Newmont Goldcorp are now equal partners in Galore Creek Mining Corp., a joint venture formed to advance this world-class copper-gold asset toward development.

In preparation for a new thrust toward this goal, Teck published a new resource for Galore Creek at the end of 2018 that outlines 1.1 billion metric tons of measured and indicated resources averaging 0.47 percent (5.1 million metric tons) copper, 0.26 g/t (9.3 million ounces) gold and 4.2 g/t (150 million oz) silver.

To advance this world-class orebody closer to a mine decision, the Galore Creek JV is carrying out a roughly 18,000-meter drill program this year, as well as continued engineering and baseline environmental studies.

"We plan to initiate a prefeasibility study for Galore, with Newmont, early in 2020," Teck Resources Vice President of Business Development informed shareholders in April.

Copper Fox Metals Inc., which owns the remaining 25 percent interest in Schaft Creek, said operation size and infrastructure studies completed by the JV has determined that a mine about the size outlined in the feasibility study is the best option.

In 2013, a joint venture between Teck and Korea Zinc Co. cut a deal with ZincX Resources Corp. to explore the Pie, Yuen and Cirque East properties. The JV earned a 51 percent interest in these properties in 2017, a stake that can be increased to 70 percent by investing an additional C$5 million before 2020.

When it comes to zinc, however, Teck's primary exploration focus is on the Red Dog District in Alaska, were the company continues to find large deposits with fantastically high-grade zinc.

"Red Dog is in a world-class mining district and we have significant potential there," said Teck Resources Vice President of Base Metals Dale Andres.

Based on 57.6 million metric tons of reserves averaging 13.6 percent (13.9 billion pounds) zinc and 3.9 percent (2.5 billion lb) lead, Red Dog has enough ore to continue to be globally significant source of zinc until 2031.

And, Teck is building resources in surrounding deposits that could extend this operation much deeper into the 21st century.

Two of the most enticing district exploration targets are Aktigiruq and Anarraaq, which are located roughly five miles (eight kilometers) northwest of the Red Dog mill.

Among the largest undeveloped zinc deposits on Earth, Aktigiruq has the potential to be a source of ore for the Red Dog mill for 25 to 50 years beyond 2031, at current production rates.

While an industry-compliant resource has yet to be defined for this deposit, based on the holes drilled, along with other geological and geophysical evidence, Teck estimates Aktigiruq 80 to 150 metric tons of material averaging 16 to 18 percent combined zinc and lead.

While Anarraaq is smaller than Aktigiruq, it is more advanced. According to the most recent calculation, Anarraaq hosts 19.4 million metric tons of inferred resource averaging 14.4 percent zinc and 4.2 percent lead. 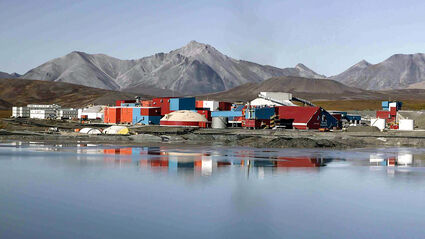 The Red Dog Mine in Northwest Alaska Mine produces roughly 5 percent of the world's new zinc supply.

Managed by Teck, the 2019 exploration at Lik included geologic mapping and geochemical sampling to follow up on an area about 1,500 meters north of Lik that was identified last year.