Dunleavy to meet with miners at Roundup 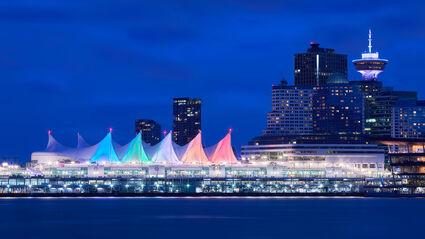 The 2020 AME BC Mineral Exploration Roundup is being held at the Canada Centre on the waterfront in Vancouver, B.C.

Alaska Gov. Mike Dunleavy Jan. 18 announced he and members of his cabinet will travel to Vancouver, British Columbia to participate in the Association of Mineral Exploration (AME) British Columbia's Roundup, an annual mining conference that brings together more than 6,500 people and is a driving force for mineral exploration in Alaska, B.C. and across Canada's North.

"I am looking forward to meeting with investors at next week's mining conference in Vancouver and highlighting the benefits of investing in Alaska," said Dunleavy. "Alaska has impressive geology and indeed some of the best mineral deposits in the world. I want to assure companies that we are open for business and that under my leadership, we are working to foster attractive policies that encourage mineral development, while at the same time protecting the environment with some of the world's most robust environmental protections. We take pride in that."

Dunleavy's commitment to Alaska's mining sector was made apparent from the very onset of his governorship.

Just two days after being elected as the state's governor, then governor-elect Dunleavy made his first public address at the Alaska Miners Association's 2018 annual convention in Anchorage.

"I want to let you know that Alaska is open for business," Dunleavy declared during his first press conference since election night.

"For the past four years your industry has been kind of rough, but I can ensure you going forward there is going to be a lot of excitement in the resource development sector of our state, mining in particular," he added.

Dunleavy plans to deliver a similar message to an international audience.

During his time at the Roundup, the Alaska governor plans to meet with mining companies and investors exploring and operating worldwide, sharing his vision of growth for the future of Alaska's mining industry. In addition, Dunleavy will attend the Alaska Night event, where he will deliver remarks to the industry.

These key members of the Dunleavy cabinet, when it comes to Alaska mining and environmental policy, will be available to discuss department policies that uphold and promote Alaska's regulatory system. 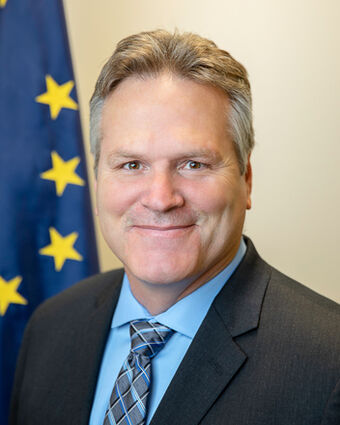 "I grew up in coal country and Rose and I raised our daughters in Northwest Alaska, where they have all worked at the Red Dog Mine. I have seen firsthand the benefits that mining brings to both local communities and the State of Alaska," said Dunleavy. "As governor, I will continue to take the steps necessary to encourage the private investment needed to grow this industry's contributions to Alaska's economy without sacrificing protections for Alaska's air, land, water and wildlife. I believe we can have a balance between responsible resource development and protections for our pristine environment."