Juneau's interesting history is a tale of gold, a persistent Tlingit chief, an industrious gold miner and a series of chance events North of 60 Mining News – March 1, 2020 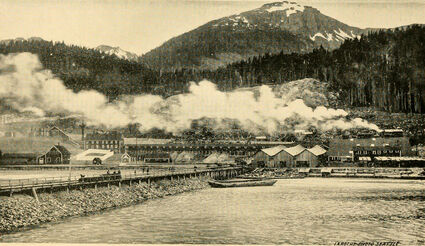 The incredibly interesting history of Juneau is a tale of gold, the persistence of a Tlingit chief and a series of chance events that allowed Alaska's future capital to grow and leave its mark on history, a story that continues to be written today.

Juneau is home to some of the earliest large-scale gold mining sites in Alaska. But, if you were to ask the pioneers who founded the future capital that their settlement would become the seat of government in a future state of America, they would probably think you were crazy.

Home to two of the largest gold mines in the world late in the 19th century, the discovery of precious metals in the Juneau Mining District changed the lives of everyone involved and the future of Alaska.

This district would help contribute to one of, if not, the most famous of gold rushes, the Klondike, which would not happen for some 16 years after the initial gold discoveries around Juneau.

And so, in 1880 two beleaguered prospectors, after selling off much of their remaining grubstakes for hoochinoo, or its more commonly known colloquialism, hooch, returned empty handed.

However, at the urging of their indigenous guide Chief Kowee, Joseph "Joe" Juneau and Richard Tighe Harris returned to the wilderness to discover gold that would irrevocably begin the history of Alaska's first European American settlement.

Birth of a capital

As with many of the regions where gold is discovered, First Nations people inhabited the area for generations before. The members of the Auke tribe of Tlingit were the first settlers to the land that would later become Juneau.

It was in fact due to the initial gold specimens brought by the Auke to Sitka that sparked interest in the future Juneau Gold Belt.

As it so happened, in 1880, Sitka mining engineer George Pilz offered a reward to any local chief that could lead him to gold-bearing ore.

Kowee was a clan leader of the Young's Bay Auk Village on Admiralty Island. Yet in the village of his wife, roughly sixteen miles north of the present location of Juneau, Kowee heard of Pilz's offer of "100 Hudson Bay blankets and work for the tribe," for each commercial gold discovery.

The initial trip to Gold Creek yielded deposits of little interest. Yet at Chief Kowee's urging Pilz bade Juneau and Harris back to the Gastineau Channel, to Snow Slide Gulch – the head of Gold Creek.

It was there (near what is now the site of the city's Federal Building) at Silver Bow Basin that the first major gold discovery would occur.

Thus, on Oct. 18, 1880, a mining camp sprang up where the two men marked a 160-acre town site and within a year, multitudes of miners arrived and a camp became a village.

This would become the first European American settlement founded in the territory after the United States purchase of Alaska.

Unfortunately, it was soon discovered that the gold ore around Juneau was relatively low grade. Yield from the mines ranged from 10-20 tons of ore per ounce of gold. To run a profitable operation, mining had to be done efficiently and on a very large scale.

In 1881, a Canadian gold miner named John Treadwell established the first stamp mills in Silver Bow Basin. He was responsible for initiating the most advanced practices necessary to make the discovery a worthwhile yield.

Treadwell's mining complex would become the largest gold mine in the world, bolstering the economy of this frontier settlement and putting Juneau on the map.

Decline of one; rise of another

Between the years of its discovery in 1880 and the eventual decline of mining in the area during the World Wars, dozens of mines appeared within the Juneau Mining District.

The initial strike sparked the Juneau Gold Rush, which resulted in the development of many placer and lode mines including the largest gold mines in the world at that time – the Treadwell complex on Douglas Island and the AJ (Alaska Juneau) mine in Juneau itself.

Yet Treadwell's good fortune would not last, after four decades and many accidents, a titan of the mining world would finally halt production.

On the other side of the Gastineau Channel however, the AJ mine would continue to flourish and Juneau would see expansion that wouldn't necessarily deflate due to the World Wars.

During the time of its rise and success, the Juneau mining district – comprising the area between the Canada-US border, Lynn Canal, Admiralty Island, and Frederick Sound – produced more than 7 million oz of lode gold and 80,000 oz of placer aurum.

Between 1930 and the early 1940s, the Alaska Juneau Mine became the largest low-grade gold mine in the world, as well as a major silver and lead producer.

However, due to inflation and the fixed price for gold during World War II, meant the AJ Mine owners could not sustain their operations and they closed their Juneau area mines in 1944.

Before its demise, AJ produced roughly 2.9 million troy oz of gold, 1.9 million oz of silver, and 40 million pounds of lead.

It was in 1906, after the decline of whaling and fur trade, Sitka, the original capital of Alaska, became less important and the territorial legislature moved the seat of government to Juneau in accordance with 1900 federal law.

So why did they choose to move the government offices to Juneau?

The discovery of the gold deposits in the area that became Juneau-Douglas in 1880 caused that region to grow larger than Sitka in population, influence and accommodations.

A need also grew to settle boundary disputes, contracts, payments and other legal matters. That meant trips to Sitka to see a judge.

During those early days, only two ships a month sailed between Juneau and Sitka. So, if attorneys had issues to resolve, they had to hope they could conclude their business quickly or they would have to wait two weeks to catch the next ship back home.

Juneau lawyers began pressuring Congress to pass a bill that would move Alaska's seat of government to Juneau, stating that the town was now the largest in Alaska, and had become an established mining town with a promising future. Their efforts succeeded.

President William McKinley signed the Alaska Bill, or Civil Code, into law on June 6, 1900, thus making Juneau the new capital. The 600-page document was the longest bill passed by Congress at the time.

Moving the seat of government to Juneau wasn't a big deal for most of Juneau's residents and merchants. It basically meant that the governor and surveyor-general's offices would relocate.

But then-governor John Brady resisted. He did not want to leave his nice home, gardens and business ventures he had established in Sitka over the years.

It would take six years for the governor's office to move, when the Interior Department terminated Brady's tenure and appointed Wilford Hoggatt as governor in March 1906.

Hoggatt immediately set up an office in Juneau and in September, the surveyor-general boarded a steamer with 40 tons of paperwork and traveled north, which completed the transfer of Alaska's "seat of government."

Juneau officially became Alaska's capital in 1912 when Alaska became a territory of the United States. And the debate as to whether the capital should be moved one more time, from Juneau to someplace on Alaska's road system and closer to the population center, has been going on ever since. But that's a different story.

As the capital of the territory and then state of Alaska, Juneau would thrive. Government eventually replacing mining as the main industry followed by tourism.

Mining, though, has made its return as a major industry in and around Alaska's capital city.

With the rise of gold prices in the late 1970s, many of the past producing claims were staked again. Old prospects and operations in the immediate Juneau area, like the great AJ Mine were reexamined but have not proceeded further than that.

Kensington Mine, a historic gold producer about 45 miles north of Juneau, and Greens Creek, a silver-gold-zinc-lead mine on Admiralty Island, are two mines producing for the economy of Juneau today.

Kensington is owned and operated by Coeur Alaska Inc, a subsidiary of Coeur Mining. After 20 years of permitting and a legal battle that made it all the way to the U.S. Supreme Court, Coeur gained the permits to begin mining the high-grade gold at Kensington, a mine that traces its history back to Juneau's earliest years.

Owned by Hecla Mining Company, Greens Creek Mine is a modern underground operation that is a strong contributor to Juneau today, being the largest taxpayer and private employer in the city and borough.

Producing 9.9 million oz of silver during 2019, Greens Creek is the largest silver producing mine in the U.S. and one of the largest in the world.

Offering employment opportunities, these two largest contributors for property tax to the city and borough of Juneau demonstrate mining's potential as a driver of growth for Alaska's capital and state as a whole. 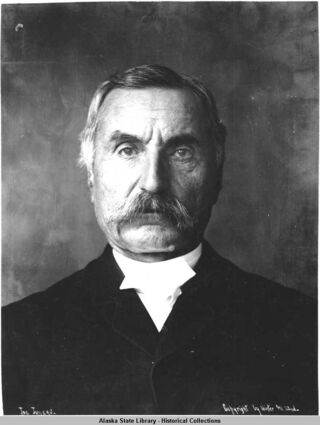 Juneau's rise to capital status may never have come to be if not for the persistence of Chief Kowee that lead to Juneau and Harris returning to find the mother lode; the efforts of John Treadwell to establish a mine large enough to make a profit from the low grade of gold ore; and the eventual decline of the Treadwell complex which allowed the shift to the AJ mine.

It could be argued that these events happen in different fashions throughout mining history and territories, yes. However, each of these twists of fate along Juneau's history connects to create the recipe for the city and capital of today.

Whether intentional or not, this recipe has paved the way for others to create the opportunities and stories of Alaska's future.