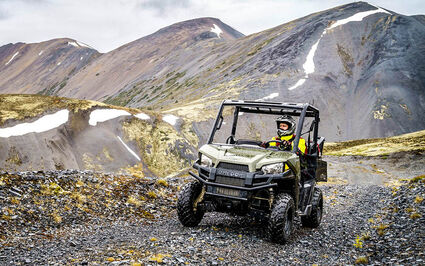 An ATV cruises across MacMillan Pass, a large zinc-lead-silver project in eastern Yukon.

Government of Yukon and the Ross River Dena Council First Nation March 3 announced an agreement in principle has been reached for roughly C$71 million in upgrades to the North Canol Road and the Robert Campbell Highway under the Yukon Resource Gateway Project, a C$247.8 million federal program that is upgrading more than 650 kilometers (400 miles) of roads in the Yukon.