By Matthew Lasley
For Mining News 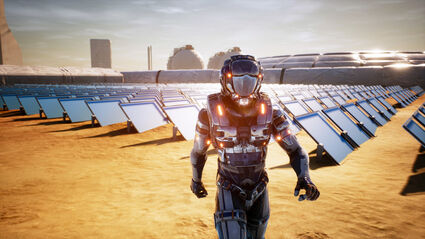 An artist's rendition of a Mars colonist's inspection of solar panels. It is expected that once a colony is established, materials for constructing solar cells, habitation and other items needed will be mined from the red planet or asteroids.

On April 6, President Donald Trump issued an executive order for the United States government to work with industries on moving forward with space exploration, and the exploitation of minerals and water discovered to further that cause.

This of course has raised concerns from other nations, primarily Russia and China, who tout the Moon Treaty drawn up by the United Nations in 1979. This widely unpopular pact states that space resources are "global domain," which means they fall under the same laws as international waters as shared resources. These same countries that are touting this treaty did not sign or ratify it, and neither did the United States. In fact, no country with the current capabilities to reach space on their own have signed the Moon Treaty.

As America prepares to launch its Artemis program to send mankind back to the moon and beyond, this executive order outlines the intent of the U.S. in hopes of encouraging current industries to move forward with a clearer understanding of the laws that govern space and industry in space. This is also meant to direct how Washington D.C. will work with supporting industries clearing away some of the red tape companies have to navigate in order to accomplish contracts with the government.

With an already ambitious goal of returning mankind to the moon by 2024, this order will likely kick into gear other space capable countries to look at the mineral resources of our celestial neighbors as well. Not unlike the gold rushes of the last couple of centuries, those that stake their claim first often get the most easily accessible resources.

But don't expect to see old forty-niner prospectors with their gold pans sifting the surface of the Moon or some distant asteroid – mining of the future will be high-tech. Many methods of zero gravity mining and processing are already being perfected for use in Earth's deep seas. 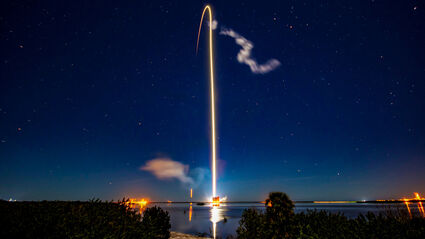 A SpaceX rocket launches from Cape Canaveral earlier this year. In 2022, a SpaceX Falcon Heavy rocket will launch a NASA mission to the 16 Psyche asteroid in the belt beyond Mars.

And it won't just be gold they are looking for – in fact, gold will likely be of medial priority. Water will be needed to produce fuel and sustain life in space and ice, which happens to be a mineral, and will likely be among the most valuable mining resources. Rare earth elements and other scarce minerals here on Earth will also be at the top of the list. And large quantities of easily accessible metals on asteroids such as 16 Psyche will likely drive industry for decades.

While this executive order has been in the works for nearly a year, it does little more than clarify the United States' intentions and clears the path for industry to come alongside the government to make the goal of space exploration and resource development a reality.

More information about Trump's executive order it can be read at Trump order lays space mining groundwork at https://www.metaltechnews.com/story/2020/04/15/mining-tech/trump-order-lays-space-mining-groundwork/206.html in the April 15 edition of Metal Tech News.