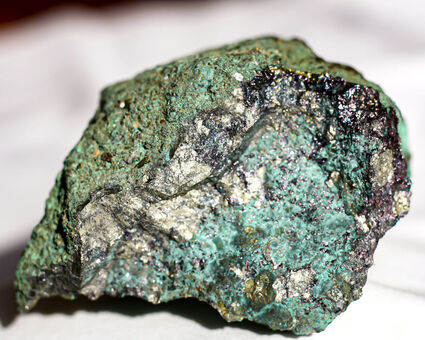 Copper- and cobalt-rich mineralization from the Bornite deposit at the western end of the proposed Ambler Road. One of several deposits and prospects identified in the Ambler District, Bornite hosts nearly 1 billion lb of copper and 77 million lb of cobalt.

As COVID-19 continues to create global economic hardship, it is reassuring to see steady progress on a project offering immediate and long-term benefits to Alaska's economy. The Ambler Mining District Industrial Access Project, or Ambler road, would help bring jobs and new revenues for the Northwest Arctic Borough and the State by lowering the cost to explore, build and operate future mines in the area.

We have known of the Ambler district's vast copper and base metal deposits since the 1950s. Congress recognized the value of developing them, including specific guarantees in the 1980 Alaska National Interest Lands Conservation Act (ANILCA) for a road to link them with the Dalton Highway.

In 2009, state transportation planners identified an initial route, and in 2013 the Alaska Industrial Development and Export Authority (AIDEA) took over as project lead, hoping to replicate its success with the DeLong Mountain Transportation System, which provides access to Northwest Alaska's Red Dog mine. One of the world's largest zinc mines, Red Dog has contributed significant revenues to the Northwest Arctic Borough and NANA Regional Corporation, and provided family-wage jobs and other opportunities to rural Alaskans since 1989.

The Ambler Road proposal is for a 211-mile gravel industrial road branching west from the Dalton Highway near Prospect Creek, crossing state, federal, and Native Corporation land, ending in the Ambler Mining District. Access would be restricted to industrial and commercial uses. While it would be closed to the general public, the road would allow deliveries of commercial goods to local communities and access for emergency responders.

Since first submitting applications in 2015, AIDEA has progressed this project through the extensive federal environmental review and permitting process. Over the past five years, federal agencies developed economic and environmental analyses, evaluated alternatives, and solicited and incorporated extensive public input. The Draft Environmental Impact Statement (DEIS) was published August 23, 2019, the Final EIS on March 27, and the final Record of Decision is due in mid-May.

These studies clearly describe the project's benefit to Alaska's economy: 365 jobs and from $280 million to $380 million in road construction spending, plus 80 year-round road maintenance jobs. Development of the Ambler district's four major deposits would bring 2,777 direct jobs carrying a $286 million annual payroll, plus 2,034 indirect jobs carrying $108 million in payroll. AIDEA would finance road construction and maintenance by issuing bonds, earning back between $988 million and $1.1 billion – a positive return on investment for Alaskans.

The Ambler Road would greatly improve the possibility of developing known deposits of copper and other minerals in the Arctic and Bornite prospects and would support exploration for and discovery of new deposits. Deposits in the Ambler District hold key strategic minerals that are increasingly important to Alaska and the nation. Without the Ambler road, those minerals would remain stranded in the ground.

Like most Alaska development projects, the road inspires different opinions. Opponents claim a road would decimate caribou; that mines would poison water; that access would destroy Native culture; or that progress would drive out wilderness. Supporters note building roads brings jobs and a lower cost of living that benefits all area residents; mines could offer steady jobs and paychecks that compliment subsistence activities and allow local residents to stay in their communities; caribou thrive near existing construction and industrial projects; and millions of acres of nearby wilderness will remain untouched.

AIDEA has carefully followed the process and requirements laid out in ANILCA, the National Environmental Policy Act, the Clean Water Act, and other applicable federal laws. On the state side, the Alaska Department of Natural Resources' Office of Project Management and Permitting has closely coordinated with federal and state agencies and other authorities to ensure the process meets legal, procedural and practical standards and milestones. 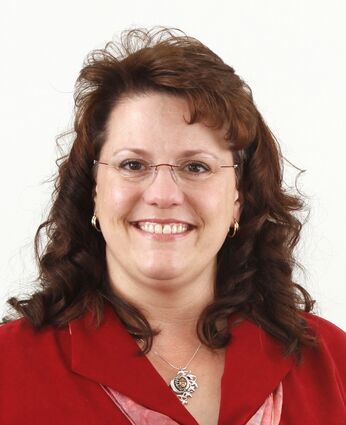 Following completion of the federal process, DNR will work with other state agencies to evaluate the proposed Ambler road under Alaska's robust regulatory programs. Through this process, we will again hear from Alaskans as the agencies work to balance the possible impacts and benefits of the project.

Advancing the Ambler road project would fulfil both the state's constitutional responsibility to develop Alaska's economy, and AIDEA's mission to promote, develop and advance economic growth and diversification in the state by providing financing and investment options.

I encourage all Alaskans interested in economic growth and diversification for our state to join me in supporting the continued progress on this important development project.

Corri Feige is Commissioner of the Alaska Department of Natural Resources.