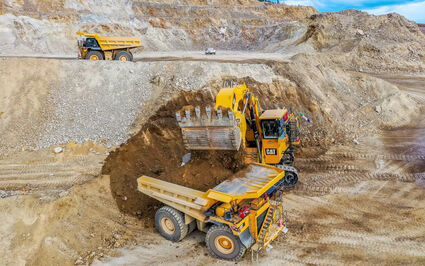 Victoria Gold Corp. Oct. 10 reported that its Eagle Gold Mine in the Yukon produced 35,312 ounces of gold during the third quarter, which was lower than expected due to bottlenecks in the production circuit.

While the gold production is below pace, Victoria is pleased with the performance of the newly commissioned mine during challenges that are beyond its control.

"This has been another strong quarter for operations at Eagle particularly given the increased challenges of ramping up a new mine during the unprecedented conditions related to COVID-19," said Victoria Gold President and CEO John McConnell. "There were no lost time incidents during the quarter, and we have achieved a very impressive 2.7 million hours LTI free. Effective health protection measures put in place have safeguarded employees and local residents and enabled mine operations to continue, with no suspected or confirmed cases of COVID-19 at site."

As a result, crews spent the extra available time and resources to stripping off 4.33 million metric tons of waste, which has readied more ore for future processing.

Crews stacked 1.91 million metric tons of ore averaging 0.86 grams per metric ton on the heap leach pad during the third quarter. While this marks an increase over the previous quarter, the tonnage was less than forecast, and resulted in the lower than anticipated gold production. 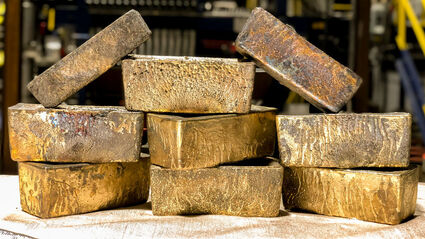 Victoria says both gold grade and recoveries are reconciling well against the Eagle reserve model and a significant gold inventory is building on the heap leach pad.

Crews are making several improvements that are expected to improve the availability of the processing circuit moving forward. Victoria says several of these corrective measures have already been completed and are significantly improving reliability and, in turn, will improve ore stacking and gold production going forward.

"We are in the late stages of operational ramp-up and the team has done a commendable job in identifying and rectifying the few remaining bottlenecks. This will place us in a good position to continue to increase production in Q4 (fourth quarter) 2020 and into 2021," said McConnell.

Victoria generated C$80 million in revenue from the sale of 32,029 oz of gold at an average price of US$1,886/oz during the third quarter.