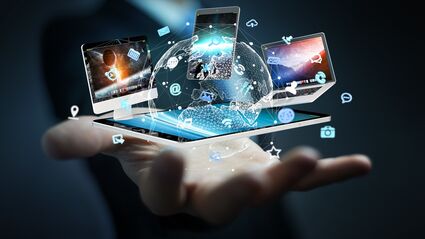 More than 70% of the gallium used in the United States goes into smartphones, tablets, and other computer devices.

A semiconductor that will melt in the palm of your hand and has the ability to convert electricity directly into laser light, gallium is a cool critical metal that is an important ingredient in light emitting diodes (LEDs), new generation smartphones, thin-film solar cells, and medical devices.

"The development of gallium arsenide as a direct band-gap semiconductor in the 1960s led to what are now some of the most well-known uses of gallium – in feature-rich, application-intensive, third- and fourth-generation smartphones and in data-centric networks," the U.S. Geological Survey penned in a 2018 report on the 35 minerals and metals considered critical to the United States.

According to the USGS, roughly 73% of all gallium consumed in the U.S. during 2019 went into the circuitry of smartphones and other computer devices. Most of the balance, about 25%, went into optoelectronic devices such as LEDs, laser diodes, photodetectors, and solar cells.

While integrated circuits in next generation computers are anticipated to need increasing amounts of gallium, it is thin-film photovoltaic panels delivering electricity to homes and businesses that is expected to be the largest driver of demand for this critical metal.

Copper-indium-gallium-selenide (CIGS) solar cells can absorb much more sunlight than traditional cells, which means that a much thinner film is needed. These thinner cells can be applied on flexible materials and are less expensive to produce.

Despite these advantages, CIGS solar panels are much less efficient at converting electricity than their more rigid silicon-based counterparts. As such, CIGS only make up about 2% of the solar panel market. This is expected to climb with improved solar efficiency.

"Because of the likelihood of rapid growth in the areas of photovoltaics and clean energy technologies, a potential exists for bottlenecks in the gallium supply pipeline," USGS inked in its critical minerals report.

Like many other metals critical to the U.S., gallium is typically recovered as a byproduct of mining other metals – primarily aluminum, zinc, and copper. While aluminum is hard to come by in Alaska, the Far North state is rich in the other two gallium-associated metals.

And the USGS considers some of Alaska's zinc and copper projects as some of the best potential domestic sources for gallium.

It is estimated that the ore being mined at the Red Dog deposit in Northwest Alaska contains roughly 26 parts per million gallium, which is about average for this type of zinc deposit. At this concentration, as low as it is, the ore fed into the Red Dog mill each year would contain about 110 metric tons of gallium – roughly eight times U.S. consumption of this metal during 2019.

There is, however, no records of how much of the gallium is recovered into concentrates at Red Dog and this metal must compete with other critical byproducts at the refinery.

"(O)nly a small percentage of gallium metal in bauxite (aluminum mineral) and zinc ores is recoverable using current methods because processing techniques to separate aluminum, zinc, and other byproduct metals (for example, germanium and indium) compete for gallium in source materials," according the USGS.

The techniques for recovering gallium is a proprietary process that is carefully guarded by companies that do produce this high-tech metal.

While bauxite and zinc deposits are currently considered the best potential source of gallium, Kipushi-type copper deposits can host even richer concentrations of this critical metal – and one world-class deposit of this type is found in Alaska.

So far, only the copper and cobalt have been quantified into a resource.

Trilogy Metals, a 50% owner of Ambler Metals, entered into a technical assistance agreement with USGS in 2018 aimed at gaining a clearer understanding of the critical mineral contingent of Bornite – particularly germanium, rhenium, gallium, and cobalt.

An assessment carried out by the U.S. Bureau of Mine in the 1980s identified 22 gallium prospects in Alaska, mostly in the area of Northwest Alaska where Red Dog is located.

Gallium, however, has been found in other areas of the state, including in coal beds in Southcentral and Interior. 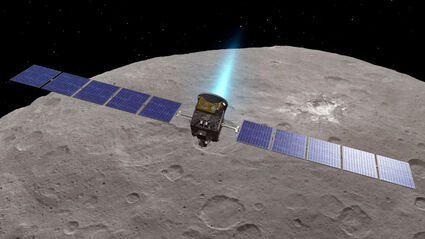 Gallium arsenide solar panels powered the Dawn spacecraft on its 4.3-billion-mile mission to Ceres, a dwarf planet in the asteroid belt between Mars and Jupiter.

Geothermal enriched coal seams within the Ray River area of Interior Alaska – about 150 miles north of Fairbanks and three mile off the Dalton Highway – contains gallium, tungsten, germanium, and uranium.

According to a 2006 report published by James Barker for the Alaska Division of Geological & Geophysical Surveys, coal ash from one sample collected from the Ray River area contained 820 ppm gallium. The bulk of the samples, however ranged from 70 to 137 ppm. These coal ash samples have returned values as high as 12,000 ppm (1.22%) for germanium and 19,400 ppm for tungsten.

Gallium has also been identified in volcanogenic massive sulfide deposits in the Bonnifield Mining District; and Treasure Creek in the Valdez Creek Mining District.

One sample collected from a porphyry molybdenum deposit on Treasure Creek contained 160 ppm gallium. Sampling of this lode also turned up elevated levels of cobalt, molybdenum, silver, tungsten, and zinc.