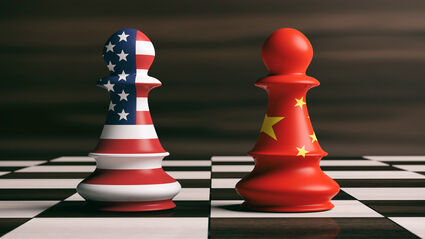 Initiatives put forward by the Trump administration and legislation introduced on Capitol Hill aim to curb America's overreliance on China and other countries for critical minerals.

In addition to dealing a major blow to the economy, the COVID-19 pandemic has shined a spotlight on a chink in the United States' economic and security armor – an overreliance on foreign countries for the minerals and metals that lie at the frontend of American supply chains.

"The COVID-19 pandemic has shown how delicate our supply chains are and that should be a wakeup call for all of us," Senate Committee on Energy & Natural Resources Chair Lisa Murkowski, R-Alaska, said during a June 24 hearing on the impact of COVID-19 on American supply chains.

The U.S. depends on foreign countries for more than 50% of its supply of 31 of the 35 minerals considered critical to the nation's economic wellbeing and national security, including 100% import-reliant for 14 of them, according to the U.S. Geological Survey's Mineral Commodity Summaries 2020 report.

The list of mined commodities for which the U.S. is fully reliant on foreign nations for its supply is littered with high-tech minerals and metals needed for renewable energy, electric vehicles, consumer electronics and military hardware – gallium, graphite, indium, manganese, niobium, rare earth elements and tantalum are among these elements not mined in the U.S.

"If the future of the critical minerals market is not addressed with effective policy and innovation it could negatively impact the economic and national security of the United States," according to Morgan Bazilian, director of the Payne Institute for Public Policy at the Colorado School of Mines.

Initiatives put forward by the Trump administration and legislation introduced on Capitol Hill aim to curb America's overreliance on foreign countries for critical minerals and metals.

During his first year in office, President Donald Trump signed Executive Order 13817, which calls on federal agencies to devise a strategy "to reduce the nation's vulnerability to disruptions in the supply of critical minerals, which constitutes a strategic vulnerability for the security and prosperity of the United States."

It was under the direction of this order that the USGS identified the 35 minerals and metals now considered critical to the U.S.

"For a number of these commodities – for example, graphite, manganese, niobium, and tantalum – the United States is currently wholly dependent on imports to meet its needs," according to a 2018 USGS critical minerals report, oft referred to as professional paper 1802.

This federal strategy to ensure a reliable supply of critical minerals includes recommendations to:

"These critical minerals are often overlooked but modern life without them would be impossible," said Commerce secretary Wilbur Ross. "Through the recommendations detailed in this report, the federal government will take unprecedented action to ensure that the United States will not be cut off from these vital materials."

USGS and other federal agencies are making headway on several of the commerce department's recommendations.

This includes the Earth Mapping Resources Initiative (Earth MRI), a USGS program to acquire geologic, geophysical, and topographic data to help characterize the distribution of critical minerals in the U.S.

"In the past we conducted these surveys on foot with rock hammers. Rock hammers are still in the tool kit, but we also use the latest technology in lidar, magnetic surveys, satellites, and unmanned aerial vehicles to deliver capabilities that would amaze John Wesley Powell," said USGS Director Jim Reilly. "We have combined these efforts together into Earth MRI which, as the name suggests, will give us a new and higher-resolution view of the surface and subsurface of our planet, and we will make those data available to everyone."

The USGS has also developed a powerful new tool that helps identify which mineral commodities needed by America's manufacturing sector are most at risk to supply disruptions.

To measure supply risk, this tool measures disruption potential, such as the coronavirus in China or earthquakes that disrupt supply; trade exposure, which measures the reliance on foreign countries for supply; and economic vulnerability, a ratio of an industry's expenditure on a given commodity relative to that industry's profitability.

"This methodology is an important part of how we're meeting our goals in the President Trump's strategy to ensure a reliable supply of critical minerals," said Reilly.

Further details on the USGS supply risk tool can be read at USGS sorts critical mineral hierarchy on page 16 of this magazine.

One such bill, the American Energy Innovation Act, was introduced to the Senate by Murkowski, R-Alaska and Sen. Joe Manchin, D-W. Va. in February.

"This is our Achilles' heel and an insidious threat to both our national security and international competitiveness," the bill sponsors observed.

Manchin called the American Energy Innovation Act "a down payment on emissions-reducing technologies," and said it would re-assert America's leadership role in global markets.

"Importantly, this bill will connect energy-producing communities, including in states like West Virginia and Alaska, to new markets and job opportunities while laying the groundwork for the Department of Energy to advance new and necessary critical emissions-reducing technologies," said the senator from West Virginia.

While the American Energy Innovation Act has received broad bipartisan support, the legislation stalled as the focus in Washington D.C. shifted to dealing with the COVID-19 pandemic.

Murkowski believes the legislation should be revisited as lawmakers consider their options for reviving an economy slowed by coronavirus.

"Physicists define energy as 'the capacity to do work,' and we desperately need to get America back to work. Enacting our bipartisan energy bill can help – both now and well into what would be a decidedly brighter future," she penned in an August article.

House Republicans have crafted their own legislation aimed at breaking America's dependence on foreign countries such as China for the minerals and metals critical to high-tech, renewable energy and other sectors of America's economy.

"Our need for critical minerals will skyrocket in the coming decades, especially as demand for renewable energy and battery storage increases. That demand can only be met with new mining and new resources, the American Critical Mineral Exploration and Innovation Act will help us meet this challenge head on," said Gosar.

COVID-19 has highlighted the vulnerabilities related to U.S. dependence on global supply chains for its critical minerals and other needs," according to the bill's sponsors.

"From healthcare to electronics and our defense systems, critical minerals are integral to our way of life. Unfortunately, China currently has a stronghold on the supply of these natural resources," said Waltz. "As coronavirus has unfortunately demonstrated, if China can threaten to cut off our pharmaceutical supply, they can do the same with their supply of rare earth minerals. We need to bring this supply chain back to America – and this bill will be an important step to do that,"

The American Critical Mineral Exploration and Innovation Act of 2020 has five primary components aimed at accomplishing this objective:

• Permitting reform: It currently takes seven to 10 years to permit a new mine in the U.S., while Canada and Australia can accomplish the same feat in roughly two to three years. To maximize the federal permitting process in the U.S., this legislation directs the lead agency permitting a critical minerals project to establish clear and quantifiable performance goals; adhere to permitting timelines; engage and collaborate with stakeholders early in the process; and other metrics aimed at shortening the permitting timeline.

• Critical mineral designations: Prioritizing the establishment of a clear strategy for reducing U.S. dependence on adversaries, this legislation directs the Secretary of the Interior to identify vulnerabilities in the minerals supply chain and periodically update a list of critical minerals to inform U.S. policy.

China's control over critical rare earths and battery metals has also been weighing heavily on the mind of Texas Sen. Ted Cruz, who has long held that "China is the most significant geopolitical threat to the United States for the next century."

In May, Cruz introduced the Onshoring Rare Earths Act of 2020, or ORE Act, legislation aimed at steering America's dependence for rare earth and battery elements away from China by establishing a domestic supply chain for them.

To accomplish this, Ore Act offers American manufacturers up to 200% tax deduction "for the purchase or acquisition of critical minerals and metals which have been extracted from deposits in the United States."

The critical minerals and metals covered by this legislation include the 17 rare earth elements, cobalt, graphite, lithium, and manganese.

While this tax incentive does not directly benefit U.S. mines producing these rare earths and battery materials, it does provide U.S. manufacturers strong incentives to look for domestic sources of the mined materials.

The ORE Act does, however, include provisions that would more directly help the U.S. minerals sector. This includes $10 million grants awarded through the Pentagon "to finance pilot projects for the development of critical minerals and metals in the United States." 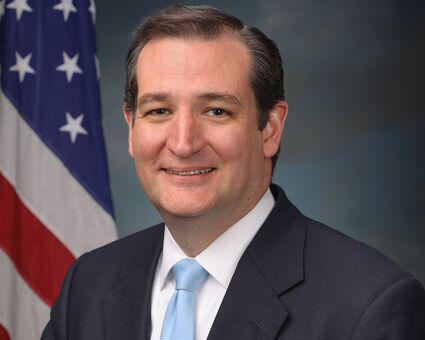 The ORE Act instructs the Secretary of Defense to prioritize project that "are likely to be economically viable over the long term."

If the legislation passes as written, the Department of Defense would appropriate $200 million for these grants over a four-year span beginning in fiscal year 2021, or $50 million a year.

At least 30% of the annual grants are to be awarded to secondary recovery of critical minerals and metals such as recycling, reprocessing of tailings or recovery from coal ash.

"Our ability as a nation to manufacture defense technologies and support our military is dangerously dependent on our ability to access rare earth elements and critical minerals mined, refined, and manufactured almost exclusively in China," Cruz said.