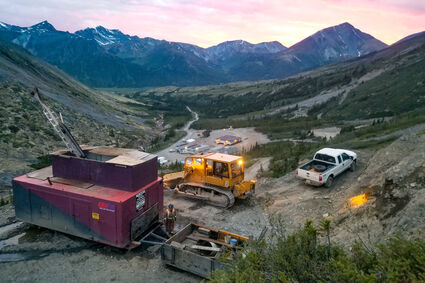 Boundary, a zone about 15 road-kilometers (nine miles) west of Jason with the potential to expand and upgrade these resources, was the primary target of Fireweed's 2020 drilling.

A ground-based geophysical survey completed ahead of 2020 drilling outlined a strong gravity high anomaly that extends roughly 800 meters west from the higher-grade core of Boundary into an area of no outcrop that had not previously been drilled.

Gravity anomalies such as this mark known mineralization at MacMillan Pass, including the Tom and Jason deposits.

With this intriguing discovery and the completion of C$2 million in financing in September, Fireweed completed 10 diamond holes – nine at Boundary and one in a target between Tom and Jason. The company also drilled nine reverse circulation holes at Tom and Jason.

"It has been a short but intense exploration season at Macmillan Pass, where we had three drills working," said Macdonald. 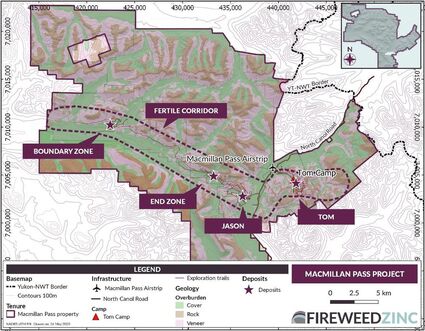 The one core hole testing the 240 Mile target between Tom and Jason was drilled to a depth of 632 meters before being suspended due to encroaching winter weather. It did not encounter the target horizon, and Fireweed says further geological and geophysical interpretation of this area is required.

While assays were pending at the time of this report, Fireweed said the drilling at Boundary cut wide zones of zinc-lead mineralization within the gravity anomaly detailed with the 2020 geophysics, significantly extending the footprint of the zone.

The company said the infill holes at Tom and Jason has demonstrated the potential to use RC drilling as a low-cost alternative to diamond drilling for future upgrading of resource categories at shallow depths.