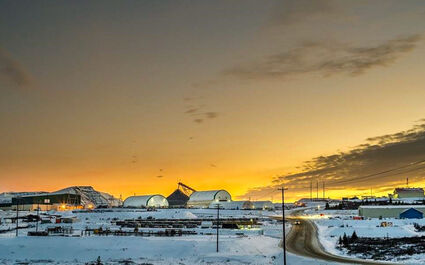 The sunset over Red Chris, a porphyry copper-gold mine in Northern British Columbia that shares geological similarities with Newcrest Mining's Cadia operation in Australia.

Since acquiring a 70% interest in Imperial Metals Corp.'s Red Chris Mine, Newcrest Mining Ltd. has become increasingly excited about the potential of this porphyry copper-gold asset at the northern end of British Columbia's Golden Triangle.

The Australia-based miner bought a majority stake of Red Chris with the idea that it could unlock the full value of this operation by applying its expertise in block cave mining, a bulk tonnage underground mining technique that involves starting at the bottom of the orebody and allowing the deposit to progressively collapse under its own weight.

This is a mining technique has worked well for Newcrest at Cadia, an Australia mine similar to Red Chris.

Upon becoming the Red Chris' operator in 2019, Newcrest has been implementing a two-stage plan aimed at maximizing the mine's latent potential.

By mid-2020, this optimization had increased the ore going into, and the copper and gold coming out of, the Red Chris mill.

While Newcrest is happy with the increased gold and copper output, the Australia-based miner is even more excited about the continued success of drilling a pod of high-grade mineralization that will likely enhance the second stage of its Red Chris plan – block cave mining.

Imperial Metals, which owns the remaining 30% interest in the Red Chris joint venture, first encountered this high-grade pod in the East Zone with a 2009 hole that cut 432.5 meters of 2% copper and 3.8 g/t gold.

The company plans to begin developing an underground decline into the East zone by early 2021 and expects to announce an initial Australian Joint Ore Reserves Committee- (JORC) resource for Red Chris in the first quarter. 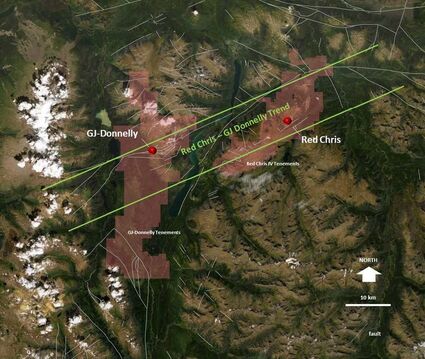 In addition to drilling that will support future studies for underground block cave mining, Newcrest is testing additional zones of higher-grade mineralization within the Red Chris porphyry corridor. This includes the first ever drilling beneath the Main zone at Red Chris and a property-wide airborne geophysical flown over a porphyry corridor that included the neighboring GJ-Donnelly property, which Newcrest acquired from Skeena Resources Ltd. early last year.

By the end of the third quarter of 2020, Newcrest had completed 67,690 meters of drilling at Red Chris in the little over a year since acquiring a joint venture interest in the mine.