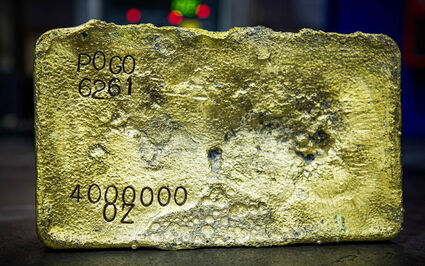 The 4 millionth ounce of gold was poured at the Pogo mine early in 2020. With an eye on the next 4 million oz, Northern Star is expanding the high-grade gold deposits and increasing mill capacity at its first North American operation.

Surpassing 4 million ounces of gold production and roughly another 6.7 million oz in the ground, the Pogo Mine in Alaska is a rising star in Australia-based Northern Star Resources Ltd.'s growing portfolio of gold assets.

The February pouring of the 4 millionth ounce of gold recovered from rich deposits at Pogo was a milestone that seemed to mark a changing of the guard for this operation that is transitioning to a renewed life under Northern Star ownership.

"It is awesome for Pogo – to pour four million ounces out of any single deposit is huge!" Northern Star Resources Executive Chairman Bill Beament told Mining News following the Feb. 21 pour. "More important for us is we would like to pour the 8-millionth ounce and I am sure that we will out of this deposit."

Only a month after the golden milestone at Pogo, however, the world was hit by COVID-19.

As a result of the restrictions and protocols put in place to slow the spread of COVID-19, Northern Star was only able to complete 62% of the budgeted drilling at the Pogo gold mine during the Australia-based miner's fiscal year 2020, which ended on June 30.

"At Pogo, the exploration results being generated despite the impacts of COVID-19 are testimony to the world-class nature of this geological system and provide further evidence of what could be achieved in a normalized environment," said Beament.

The pandemic also limited the amount of drilling dedicated to upgrading the record amount of Pogo gold resources to reserves. The Alaska operation, however, did replace the 200,700 oz of gold mined last year and improved the ore grade.

Considering the large resource base, Northern Star said there is a significant opportunity to substantially grow the reserves at Pogo as normal drilling activities resume.

Toward this end, the company has budgeted US$35 million to unlock growth opportunities at Pogo, with US$29 million committed to improving processing and support infrastructure to increase production capacity by 30%.

The Australian miner anticipates completing the upgrades to expand Pogo mill capacity to 1.3 million metric tons per year by mid-2021.

As a result of the increased mill throughput and other improvements, Northern Star anticipates ramping Pogo gold production up to 275,000 to 325,000 oz in fiscal year 2023.

In addition to production expansion spending, Northern Star has budgeted roughly US$15 million for exploration at Pogo, most of which has been allocated for Goodpaster, a large discovery about 1,500 meters northwest of the underground workings at the Interior Alaska gold mine.

Extending for 2,300 meters along strike, Goodpaster hosts a series of flat lying and steep vein structures that are very similar to the Liese and North Zone veins currently being mined at Pogo. 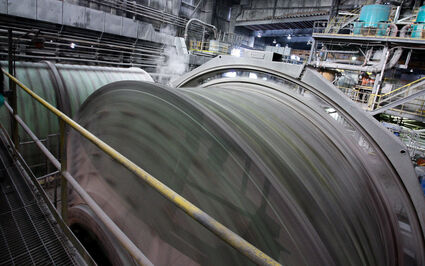 Northern Star returned to Goodpaster with the resumption of surface drilling at Pogo late in the third quarter of 2020. This program started will in-fill resource definition drilling focused on the eastern end of the large Pogo expansion target.