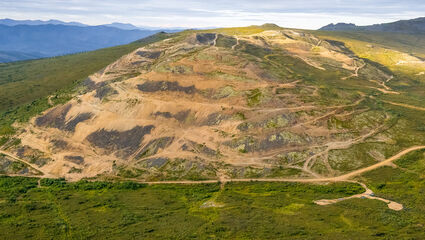 The Casino copper-gold-silver-molybdenum deposit in the Yukon hosts enough resources to support a mine for 47 years.

The greatly expanded deposit at Western Copper and Gold Corp.'s Casino project in the Yukon would support an economically robust mine capable of producing an average of 178 million pounds of copper, 231,000 ounces of gold, 1.36 million oz of silver, and 16.6 million lb of molybdenum per year over an initial 25-year mine life.

The roughly 300,000 metric tons of concentrate produced at this operation each year are expected to be trucked to the Port of Skagway in Southeast Alaska to be shipped to refineries.

This operation is expected to generate an after-tax net present value (8% discount) of C$2.33 billion and an after-tax internal rate of return of 19.5%. This operation would pay back the C$3.25 billion initial capital investment to develop the mine in three years, according to the PEA.

This PEA comes on the heels of Rio Tinto Canada Inc.'s C$25.6 million (US$21.2 million) investment to acquire a roughly 8% stake in Western Copper and Gold and a foothold in Casino.

What may be just as intriguing for a global mining company like Rio Tinto is this operation would only mine just over half the Casino ore and the PEA considers a second phase of development that would extend the life of the mine to 47 years.

"I am extremely pleased with the results from this PEA," said Western Copper and Gold President and CEO Paul West-Sells. "This study reaffirms Casino as one of the very few long-life copper-gold projects with robust economics in a top mining district, the Yukon."

This is a 106% increase in the millable measured and indicated tonnage over a 2010 resource estimate that formed the basis for a feasibility study completed in 2013. The amount of copper and gold in these categories has increased by 3.3 billion lb and 6.6 million oz, respectively.

In addition to a resource that is more than twice as large, the PEA incorporates the results of a 2018 best available tailings technology study that was completed with participation by Yukon First Nations, territorial government, and Yukon Environmental and Socio-economic Assessment Board. 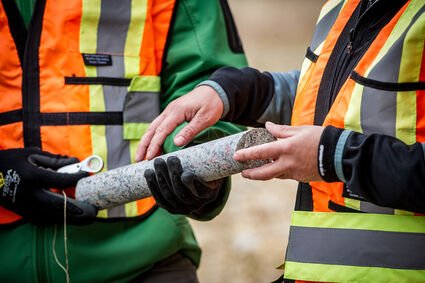 Based on the positive PEA results , Western plans to work with Rio Tinto to complete a new feasibility study for Casino.

This facility is considered to be safer due to a substantial reduction in the quantity of free-standing water to be held in comparison to the tailings facility considered in 2013.

A water treatment facility was also added as an extra safety measure to provide mitigation for potential water surplus conditions that are not expected under the design operating conditions.

Based on the positive results of the PEA, Western plans to complete a new feasibility study that will establish expanded mineral reserves for Casino with the ultimate objective of submitting an application for environmental assessment under the Yukon Environmental and Socioeconomic Assessment Act, the first step in the permitting process.

"We look forward to continuing working with our recent strategic investor, Rio Tinto, First Nations and other stakeholders to advance this project through additional engineering to feasibility," said West-Sells.