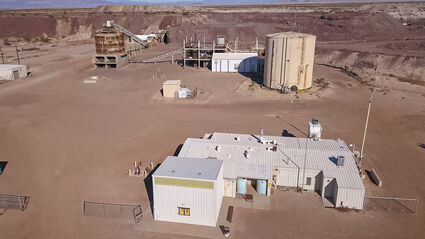 Copperstone hosts more than US$110 million of the infrastructure needed to resume mining, including a fully permitted 600 t/d mill and assay lab.

Less than two months after ending its plans to merge with Viva Gold Corp., Golden Predator Mining Corp. has cut a deal to join forces with another junior advancing a gold mine in America's Southwest.