Youth, Youth, for the honor of truth

For many reasons, there is a conflict over what is true and what is merely believed, despite significant objective evidence North of 60 Mining News – July 2, 2021 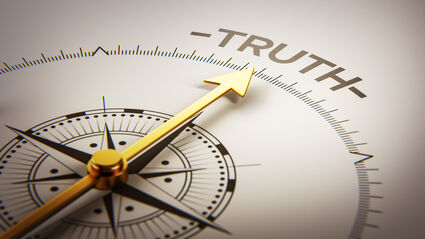 Over the past quadrennial, there has been a great deal of conversation about "truth." Especially in the political arena. Ostensibly, the number of "lies" that have emanated from the mouth of the former President have run to the tens of thousands, if you happen to "believe" the Washington Post and other leading newspapers. Inferentially, one could conclude that politicians have a corner on prevarication; however, that is likewise demonstrably untrue.

Where I went to high school, the official motto was "For the honor of Truth." Later in life, at law school, lying, cheating, and stealing were grounds for expulsion. In brief, I flatter myself in saying that I have a personal affinity for seeking the truth.

When listening to the conversations about the COVID-19 pandemic, I have tried hard to focus on the accuracy of what is being said, instead of the enthusiasm of the speaker. The COVID pandemic has been a gruesome experience for almost everyone. The availability of a vaccine has given hope to many populations around the world; but inexplicably, in the U.S. at least, a schism separates "vaxers" from "non-vaxers," despite the unequivocal evidence that virtually all the Americans dying from COVID are drawn from the latter group.

Ergo, given that COVID is apparently highly contagious, non-vaxers (who presumably are not suicidal) are clinging to an untruth.

Truth, in our society, is continuously juxtaposed with the First Amendment of the Constitution, which essentially guarantees every citizen the right to believe any damned thing he or she wants to believe, and to spout off about it verbally and in print wherever and whenever he or she feels the urge.

In other words, there is only a loose association between our system of beliefs and things that are objectively true.

While we have recently been overwhelmed by this dichotomy, the true believers, on the one hand, and the believers in truth, on the other, have plagued Americans incessantly since the Declaration of Independence. In 1972, we had a President who falsely declared that he was "not a crook," notwithstanding the unequivocal evidence to the contrary.

Nixon's Watergate misdeeds, however, pale in comparison to the fruits of his executive actions, which when under duress he signed into law what is now called the Clean Water Act and institutionalized the disparity between truth and beliefs.

While it was and is true that there were major water pollution problems in the United States in the 1970s, the Clean Water Act became a sledgehammer looking for a nail, where a tack hammer would have done the job.

Nowhere is that more in evidence than in Alaska, where the environmental considerations associated with mining activities are, to be generous, modest; while the enforcement burdens are monumental.

Alaska has more than a century of highly visible mining operations which can be neatly parsed into "legacy mines," i.e., pre-Clean Water Act operations, and "modern" mines which, inspired by the Clean Water Act, mandate that few traces are left behind.

Post-mining sites at Healy and Valdez Creek are illustrative of the "truth" about the impacts, as opposed to the "beliefs" about what actually happens at Alaska's 21st Century mines.

Nowhere is this more in evidence than at the Pebble Project, where literally a library of documentation has been compiled about how unlikely (read, impossible) it would be for a mine accessing the millions and millions of tons of needed copper to affect a single fish in the area.

Notably, the downstream Bristol Bay fishery has no qualms about harvesting millions of salmon and shipping them off to remote markets, leaving little behind to show of it.

The truth is that Pebble would cause no harm to the fishery; the truth is that the Seattle fleet is ripping Alaska off by its practices. The belief that the fishery would be jeopardized by an upstream mine is unsupported by the scientifically established facts. Unfortunately, in this case, as in so many others, beliefs trump (no pun intended) the truth.

Pebble is not alone. On the Seward Peninsula, for instance, the Army Corps of Engineers is mindlessly piling costs on top of costs to delay the commencement of a placer mine in a barren lagoon using its arbitrary authority under the Clean Water Act, despite the volumes of evidence that there will be no measurable impact on the environment by the approval of the project.

Truth is an honorable concept. Beliefs are often suspect. America's conflation of advocacy and evidence, whether in the case of voting security, vaccinations, or environmental protection, continuously places our nation at risk. Speaking only for myself, I tend to favor truth.