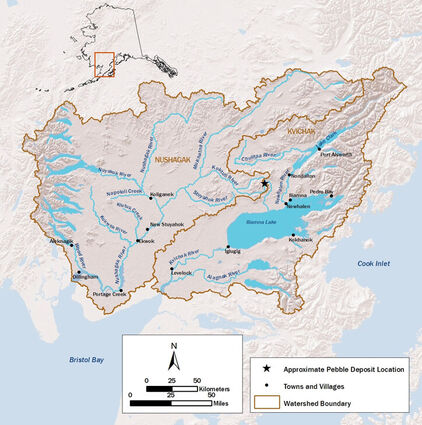 The Environmental Protection Agency Sept. 9 announced its intention to reinitiate the process of making a Clean Water Act Section 404(c) determination to protect certain waters in the Bristol Bay region of Southwest Alaska. Providing such a determination is finalized, it would purportedly protect waters that are essential to commercial, subsistence, and recreational fisheries. Such stringent protections, however, would make advancing the nearby Pebble mine nearly impossible.

Section 404(c) of the Clean Water Act would allow the EPA to deny or restrict how much wetlands or streams may be affected during a project like the proposed Pebble mine, if the agency determines the project would have unacceptable adverse effects on fish, wildlife, or recreation, among other things.

If implemented, these Obama-era Clean Water Act restrictions could reduce the size of any future mine developed at the world-class Pebble copper-gold-molybdenum deposit, thus making it economically unviable.

"Today's announcement reinforces once again EPA's commitment to making science-based decisions to protect our natural environment," said EPA Administrator Michael Regan. "What's at stake is preventing the pollution that would disproportionately impact Alaska Natives, and protecting a sustainable future for the most productive salmon fishery in North America."

This announcement, however, comes directly after the recent preliminary economic assessment reported by Northern Dynasty Minerals Ltd., owner of the proposed Pebble Mine, showcasing the incredible volume of resources that would not only strongly benefit the local Bristol Bay area but also Alaska and the greater United States as a whole.

Under the recently proposed 20-year scenario, the Pebble Mine would pay an estimated US$1.74 billion in fees, royalties, and taxes to the state of Alaska; US$490 million in taxes to the Lake & Peninsula Borough; and US$1.4 billion in federal taxes.

More information on the recent preliminary economic assessment and the benefits Pebble would provide can be read at PEA reveals Pebble economics and benefits in this edition of North of 60 Mining News.

In July 2019, the Trump administration EPA withdrew the proposed Section 404(c), sparking controversy and outrage among activists, yet in late 2020 denied key permits that would have allowed the mine to begin development.

Nevertheless, the U.S. Department of Justice, in a filing in the district court, announced the EPA's intent to request that the 2019 withdrawal notice be remanded and vacated. If the court grants the motion, remand and vacatur would automatically reinitiate the EPA's 404(c) review process and the agency would announce a schedule for resuming a process to protect certain waters in the Bristol Bay watershed – including opportunities for public input.

In response to this announcement, Alaska Gov. Mike Dunleavy was joined by five representatives of the state's leading resource development organizations to call out the Biden administration for this latest attempt to snuff out Alaska's natural resource-based economy.

"The Biden administration is clearly demonstrating what it has planned for Alaska. The consequences for Alaskan families and the future of our state are dire," said Dunleavy. "Alaska is the energy storehouse for the entire nation, we have abundant reserves of oil and gas to power the economy and the necessary minerals to transform the nation's economy with electric vehicles and digital technology."

In addition to Dunleavy's statements regarding the stifling of Alaska's resources, in light of the zero-carbon transition, the reinstatement of pursuing to lock out a potential resource provider such as Pebble would only damper progress in the long-term.

"Today's announcement by the EPA to initiate 'protections in Bristol Bay' is just one more piece of evidence that the Biden administration doesn't want Alaska to have its own sustainable economy," said Alaska Miners Association Executive Director Deantha Skibinski. "This decision is under the guise that mining cannot be done responsibly at Pebble, which directly contradicts the environmental impact statement done last year that concluded the project can be done without harm to the region's fisheries or water resources."

With the Biden administration's campaign to "Build Back Better," approving such a policy is seemingly contradictory to the sustainable, self-sufficient agenda it has claimed to spearhead.

"And to add insult to injury, it's inconsistent with the administration's goals for green energy, which requires a significant increase in copper production. Seeking minerals needed from foreign sources while denying their development [in] Alaska is unacceptable," added Skibinski.

While many Pebble opponents find relief and security in learning about a Bristol Bay restriction that could potentially put a halt to the enormous copper-gold-molybdenum-rhenium project, America needs those resources. Ultimately, the resources for carbon-free electric vehicles, solar panels, wind turbines and the like must come from somewhere, and with the straining relations between the east and west, it is becoming more precarious to rely fully on foreign nations for our critically important minerals, metals, and rare earth elements. 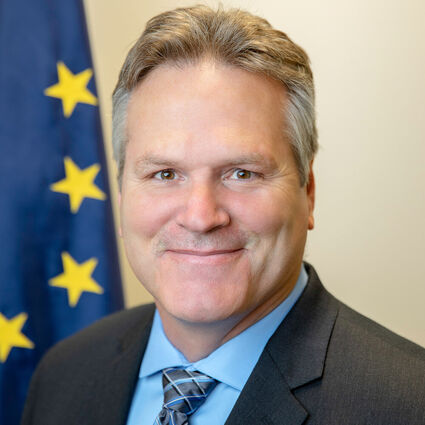 "Americans need to ask themselves a question. Does the Biden administration believe that by stopping job creation and economic opportunity in Alaska that it will stop foreign actors from taking advantage of opportunities when they are pushed overseas? There is no doubt in my mind the Biden administration is focused on bringing Alaska to its economic knees, and would like nothing more than to take Alaska back into receivership under the U.S. Department of the Interior," said Dunleavy.

The governor is requesting additional money for the Alaska Statehood Defense legal fund to preserve Alaska's land and water rights. He says these funds will be used to take the Biden administration to court to defend Alaska's ability to support itself with responsible and safe natural resource development.

This is crazy. Democratic politicians and greenies are intent on turning the clock back on Alaska and forcing us to become their playground or zoo where they can come and wear the trappings of Alaskans for a short time while mandating poverty upon Native Alaskans. I applaud our governor and his administration for its strong support for Alaska sovereignty over our resources. Build the mine!