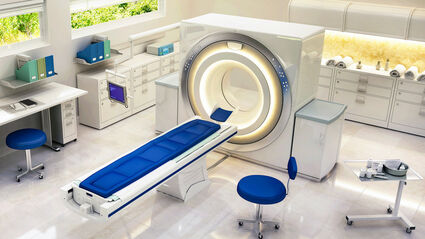 Countless lives have been saved by diagnoses made with the assistance of magnetic resonance imaging (MRI) scanners, which use niobium superconducting magnets to provide detailed images of the inside of a human body.

Though it is tough to distinguish the nearly identical properties of niobium and tantalum in nature, at the workplace, one of these critical twin metals typically dons a hardhat and boots to work in the construction and energy industries while you are more apt to find the other working in the high-tech sector. Their differences, however, are subtle, and their careers sometimes overlap.

"The leading use of niobium is in the production of high-strength steel alloys used in pipelines, transportation infrastructure, and structural applications," the United States Geological Survey penned in a 2018 report on the indispensable twins. "Electronic capacitors are the leading use of tantalum for high-end applications, including cell phones, computer hard drives, and such implantable medical devices as pacemakers."

While niobium and tantalum typically take differing career paths, they have a common origin story due to the shared traits of these nearly identical twin metals.

"Niobium and tantalum are transition metals that are almost always found together in nature because they have very similar physical and chemical properties," the U.S. Geological Survey wrote in a 2018 paper on the twin metals.

These transition metals share two additional traits that place them high on the list of minerals and metals the USGS has deemed critical to America's security and economic wellbeing – the U.S. is 100% import reliant for both, and you cannot find a good substitute for either without sacrificing performance and increasing costs.

A tough metal that is resistant to corrosion and boasts an exceptionally high melting point, niobium tends to be the blue-collar working twin.

"Niobium microalloyed high strength steel plates are used in a variety of applications, such as large diameter line pipe for the transmission of gas and oil, shipbuilding, offshore platforms, bridges, and energy generation structures such as wind turbines," according to Oakley Steel.

The Asian steel supplier says that less than 0.1% niobium is all that is needed to boost the strength, toughness, and weldability of steel.

Niobium's extreme resistance to heat and corrosion also makes this strong metal an important ingredient for iron-, nickel- and cobalt-based superalloys that need to stand up to high temperatures.

Roughly 18% of the niobium consumed in the U.S. last year was used to make high-temperature superalloys for parts that go into jet engines, rockets, gas turbines, and turbochargers.

Adding to its résumé of "super" properties, niobium is among the most powerful superconducting metals.

Superconducting magnets made from niobium-germanium, niobium-tin, and niobium-titanium alloys are used in a range of important devices, from imaging equipment to particle accelerators.

The magnetic resonance imaging (MRI) scanners, which use niobium superconducting magnets, along with radio waves and a computer to create detailed images of the inside of a human body – are among the applications of this critical metal's special characteristics.

Niobium superalloy magnets also play a crucial role in accelerating particles to near the speed of light in the Large Hadron Collider, a 17-mile circular tunnel deep under the border between Switzerland and France. The resulting high-energy collisions of protons help physicists investigate dark matter, antimatter, and other secrets of the universe.

Niobium-titanium magnets currently being used to produce these powerful fields are being replaced with even more powerful niobium-tin magnets used in the search for dark matter and other cutting-edge experiments at the Large Hadron Collider.

International scientists are now floating the idea for the Future Circular Collider, a 62-mile successor that would be 10 times more powerful than the Large Hadron Collider. This massive US$27.5 billion project would need a whole lot more niobium, along with other critical minerals.

Beyond its super characteristics, niobium is hypoallergenic and inert, making it a good candidate for uses inside the human body, such as pacemakers and prosthetics.

Niobium is also one of the few metals that can be heated to produce a wide array of iridescent colors. The heat creates anodized oxide layers on the surface of niobium that make this color-changing effect by diffracting the light that bounces off it.

This ability, coupled with being hypoallergenic, makes it popular for creating colorful jewelry, especially for body piercing.

Similar to its twin, tantalum can be implanted into the human body without any side effects. Because it is completely void of any immune response in humans, tantalum is used in critical bone replacements such as skull plates, tantalum-coated blood vessel stents, nerve connections, suture clips to close up wounds, and as a gauze to help bind abdominal muscles.

In addition to sharing many of niobium's traits, tantalum sets itself apart with an exceptional capacity to store and release energy that takes it down a high-tech career path.

While the use of tantalum is more opaque than its twin, the greatest benefit of this metal is in the powerful capacitors and resistors for modern electronics.

Because tantalum is so good at storing and releasing energy, capacitors and resistors made with this transition metal can be exceptionally small. This is crucial in the shrinking of modern electronics, such as smartphones, hearing aids, personal computers, and automobiles.

In addition to traits that set it apart from its twin, tantalum shares many of niobium's characteristics and is often used for similar applications. Being substantially more expensive, however, tantalum typically imbues its superlative properties as a coating on other metals.

In the chemical industry, tantalum's corrosion resistance makes it useful as a lining for pipes, tanks, and other vessels that store and transport corrosive materials.

While deposits of both niobium and tantalum are found in the U.S., it has been nearly six decades since either of these critical minerals have been produced domestically.

"Primary production of niobium or tantalum in the United States has not been reported since the late 1950s; therefore, the United States has to meet its current and expected future needs by importing primary mineral concentrates and alloys, and by recovering them from foreign and domestic alloy scrap," USGS inked in its 2018 report, "Niobium and Tantalum – Indispensable Twins."

As a result, the U.S. imported an estimated 22.2 million pounds of niobium, valued at US$280 million, to meet the needs of U.S. manufacturers during 2020.

Accounting for roughly 68%, Brazil was by far America's largest supplier of ferroniobium and niobium metal. Canada (25%), Germany (4%), and Russia (3%) accounted for most of the balance.

While tantalum consumption in the U.S. is less than 10% that of niobium, the higher price this energy storing metal fetches makes up much of the differential.

A small quantity of ores and concentrates containing both niobium and tantalum were also imported from Rwanda, Australia, Brazil, and the Democratic Republic of Congo.

Because the U.S. is wholly dependent on foreign sources for both niobium and tantalum, it is vulnerable to potential supply disruptions from swings in the metal markets, geopolitical unrest, and global economic instability.

"Niobium and tantalum are considered critical and strategic metals based on the potential risks to their supply (because current production is restricted to only a few countries) and the significant effects that a restriction in supply would have on the defense, energy, high-tech industrial, and medical sectors," according to the USGS.

While both the U.S. and Canada have potentially viable niobium resources, economically viable deposits of tantalum in North America are hard to come by.

On the American side of the border, NioCorp Developments Ltd. plans to produce niobium, along with scandium and titanium, at its Elks Creek mine project in Nebraska.

A 2019 feasibility study details plans for a mine at Elk Creek that would produce 7,220 metric tons of ferroniobium, 95 metric tons of scandium trioxide, and 11,642 metric tons of titanium dioxide per year over a 36-year mine life.

The Elk Creek deposit also hosts appreciable quantities of rare earths and NioCorp has recently embarked on testing to evaluate the viability of also recovering this suite of technology elements.

"We think this is logical, given that we are putting a significant quantity of rare earths into solution at zero additional cost to our current mining and processing plans," said NioCorp Developments Executive Chairman Mark Smith.

This work is being carried out alongside the company's investigation into carbonation as a potential alternative metallurgical process for the extraction of niobium from ore at Elk Creek.

Carbonation is a relatively clean, environmentally friendly, and sustainable hydrometallurgical process that can potentially be employed to use and recycle carbon dioxide to extract niobium and other elements in a manner similar to extractions with acids such as hydrochloric or sulfuric acid.

NioCorp Developments COO Scott Honan said, "The idea is that you can use carbon dioxide to leach things like niobium out of rock."

Initial tests of carbonization showed promise for recovering niobium and Honan said larger scale testing of this process will include the evaluation of extracting the rare earths that are present alongside the niobium, titanium, and scandium at Elk Creek.

While the U.S. is looking to re-establish a domestic supply of niobium, Canada has been producing significant quantities of this alloying metal for more than 30 years.

While well behind Brazil, which accounted for 91% of global niobium production during 2020, one Canadian mine produced most of the balance.

This operation, the Niobec mine in the Saguenay-Lac-Saint-Jean region of Quebec, is the only underground niobium mine in the world. As one of the three main global niobium producers, Niobec accounts for roughly 8 to 10% of the world's production of this critical metal.

Niobec Inc., which operates this Canadian niobium mine, also owns a 27.5% interest in Crevier, a niobium-tantalum project about 95 miles (152 kilometers) to the northwest. Niobay Metals Inc., a mineral exploration company working towards being a second Canadian miner, owns the remaining 72.5%. 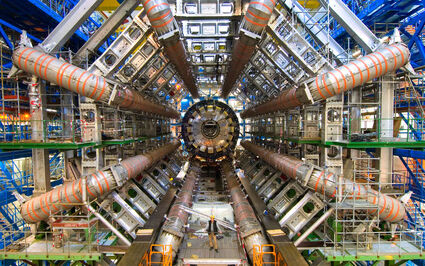 While a preliminary economic assessment indicated mining the niobium and tantalum at Crevier was economically viable, a subsequent pilot-scale test did not confirm these findings, and the project has largely sat idle for the better part of a decade.

Niobay, however, is advancing another niobium project in Ontario that shows more promise.

A PEA completed at the end of 2020 outlines plans for a mine at James Bay that would produce an average of 5,470 metric tons of niobium annually over a mine life of 30 years.

If put into production, a mine of this size at James Bay would boost Canada's share of global niobium production by at least 5%.