For a healthy, prosperous, and exciting future for humankind Critical Minerals Alliances - September 2021 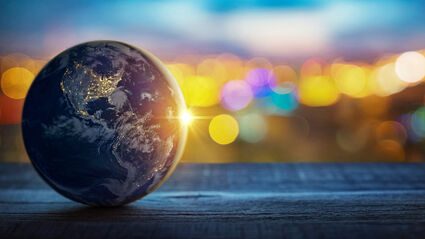 History books may one day reflect on these opening decades of the 21st century as one of those rare moments that human innovation makes a leap that necessitates a new chapter be written – an electrified era that changes the very core of how we harness Earth's resources for energy and transportation.

While the history of human innovation is a series of discoveries, each building on the last, there are certain "eureka moments" that mark a shift in the trajectory of mankind – taming fire, stone toolmaking, Bronze Age metalworking, the printing press, and harnessing electricity to name a few.

The history books may one day reflect on these opening decades of the 21st century as one of those rare occasions that human innovation makes a leap that necessitates a new chapter be written – an electrified era that changes the very core of how we harness Earth's resources for energy and transportation.

"There are moments in history when everything changes. Inflection points. We believe such a point is upon us for the mass adoption of electric vehicles," GM Global Chief Marketing Officer Deborah Wahl declared on Jan. 8. "Unlike ever before, we have the solutions, capability, technology and scale to put everyone in an EV."

Reminiscent of mankind's harnessing of electricity at the close of the 19th century, the world may not have reached this tipping point so soon if it were not for Tesla – Nikola Tesla in the 1880s and Tesla Motors in our modern era.

At the same time GM was making its electric ambitions known to the world, Tesla was celebrating the delivery of nearly half a million EVs to customers around the globe during 2020. As the largest single EV manufacturer, this trendsetting automaker accounted for roughly 17% of the nearly 3 million fully electric and hybrid vehicles sold during 2020.

Now, with every major automaker on Earth forging ahead on the e-mobility path blazed by Tesla, it is expected that in just 15 years EVs will overtake internal combustion vehicles in terms of sales.

This almost unfathomably rapid EV revolution is being spurred by a growing number of governments, companies, and individuals concerned that the carbon dioxide released by the continued burning of fossil fuels is creating an irreversible overheating of Earth.

The climate benefits of electrifying transportation, however, will not be fully realized if those EVs are plugged into fossil-fuel-burning power sources. So, global governments and industries are also making a massive push to harness the low-carbon energies offered by sun, wind, and water.

Whether it be EVs with lithium-ion batteries electrifying motors enhanced with rare earths, locomotives powered with hydrogen fuel cells that exhale water instead of CO2, solar panels converting the sun's rays into inexpensive and carbon-free electricity, or wind turbines creating power out of thin air, all paths to low-carbon energy and transportation will require enormous new supplies of metals.

No matter what mix of clean energy technologies emerge, the World Bank forecasts that a low-carbon energy future will require some combination of more than 3 billion tons of new minerals and metals to achieve global climate goals by 2050.

This transition will even necessitate enormous new supplies of already abundantly mined metals such as copper.

The World Bank estimates that 550 million tons of copper will be needed to generate and transmit electricity over the next 25 years, which is roughly equivalent to all the copper mined by humans over the past 5,000 years.

"Today, the data shows a looming mismatch between the world's strengthened climate ambitions and the availability of critical minerals that are essential to realizing those ambitions," said International Energy Agency Executive Director Fatih Birol. "The challenges are not insurmountable, but governments must give clear signals about how they plan to turn their climate pledges into action. By acting now and acting together, they can significantly reduce the risks of price volatility and supply disruptions." 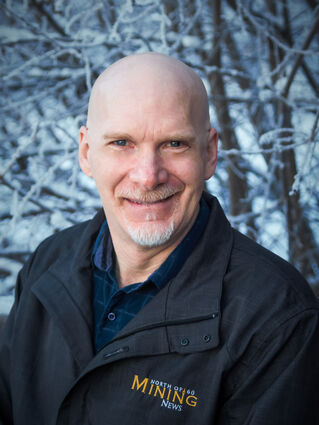 This inflection point in human history also offers a rare opportunity for organizations and individuals that do not always see eye-to-eye to get together behind a common cause. An alliance of academia, conservationists, consumers, governments, investors, local stakeholders, manufacturers, and miners all working toward a brighter tomorrow.

A future in which humankind makes the most of the renewable resources offered, while also forging a cohesive strategy to sustainably extract, reuse, and recycle the elements of 21st-century innovation.

It is my hope that Critical Minerals Alliances' in-depth insights into these elements of innovation helps to forge partnerships that are not crippled by irreconcilable differences but strengthened by a spectrum of ideologies with a common goal – a healthy, prosperous, and exciting future for humankind.